For many years the Warley Model Railway Exhibition is the showcase of the rail transport hobby and it attracts many thousands of visitors. It is the greatest model railway event in the United Kingdom and Europe’s largest single hall modelling event. In 2019, once again there were over 90 working, inspirational model railway layouts and demonstrations of techniques used in the hobby by experts in their field.

Pilentum Television has tried to capture a large part of those 90 layouts in this video. Due to the many thousands of visitors, it was not possible to film with a tripod. Therefore, some scenes are a bit blurred. Nevertheless, with a length of over 90 minutes, this video represents what characterizes the Warley Show: All the popular scale and gauge combinations representing British Railways throughout their history, 15 layouts of overseas prototypes and five outstanding layouts from railway enthusiast in Europe.

Furthermore there was the winning layout from the recent TV series “The Great Model Railway Challenge” made by Channel 5 Television. Especially this television series shows that rail transport modeling hobby is alive and well. The exhibition was held in Hall 5 of the National Exhibition Centre (NEC) in Birmingham (17,000 square metres of hall space). Although Bachmann Europe, Graham Farish, Peco, Hornby Hobbies and Crecy Publishing are the main sponsors, the Warley Show is known to be the “modeller’s marketplace” in the midst of the modelling season. I hope you find watching this video captivating, interesting and enjoyable and that it inspires you with you railway modelling projects. 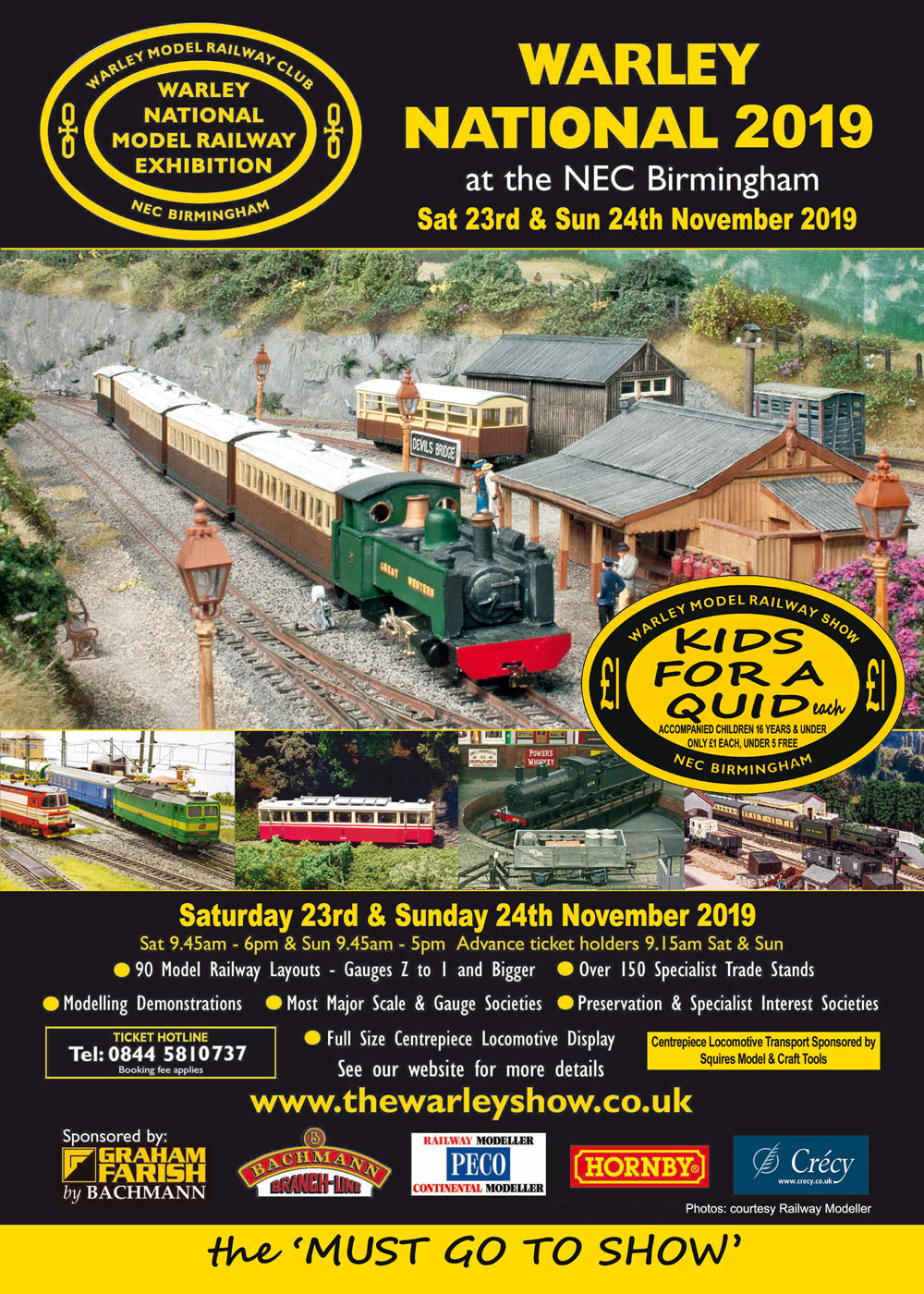