A model railway or model railroad should contain at least one steam locomotive. Therefore Pilentum has made this model train layout tour showing a mix of cab ride and operating session. This model railway layout is based on the little known narrow gauge “Tarrant Valley Railway” in Dorset, United Kingdom, which ran for about eight miles serving the local villages, chalk pits and airfield, opening during 1860. The Tarrant Valley is located near Blandford from an interchange with the Somerset & Dorset Joint Railway at Spetisbury, Great Britain.

The layout depicts the railway line as it was during the 1920’s. The Wimborne Railway Society has built this modular layout in 4 mm scale (OO-9 Narrow Gauge), which has been displayed and continuously expanded over the past 20 years. As written before, this model railway is modelled in “00-9”, which means it is to the same scale as OO, but runs on 9 mm gauge track - the same as N scale. So the members of the Wimborne Railway Society can use N scale mechanisms to power locomotives.

Locomotives, respectively steam locomotives and steam trains, are a mix of kit and scratch built using Graham Farish or Minitrains chassis, with rolling stock consisting of Bachmann and Peco products. Buildings are scratch built, modified plastic kits or laser cut plastic. The model railroad scenery and the landscape consist of polystyrene bases contoured with Polyfilla and Woodland Scenics scatter material forming the countryside of the rural Tarrant Valley. At the Warley National Model Railway Exhibition 2019 the Wimborne Railway Society won the “Prize of the Best Narrow Gauge Layout” with the Tarrant Valley Railway. In case you want to know, the cab ride video footage was made by using the little cube camera “RunCam 5”. 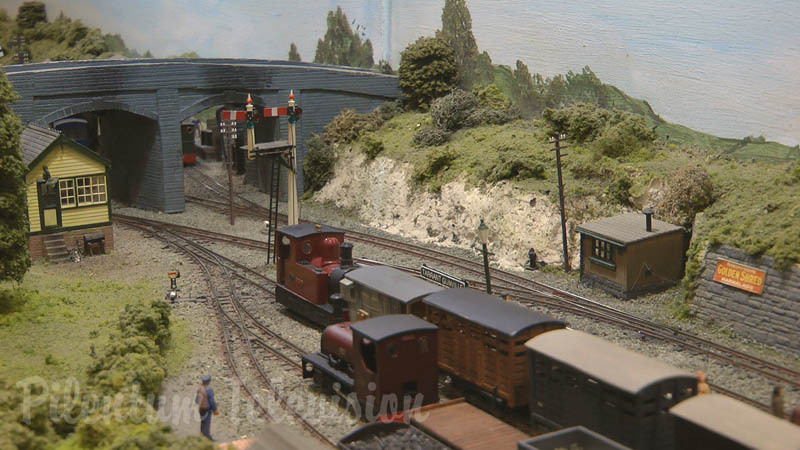 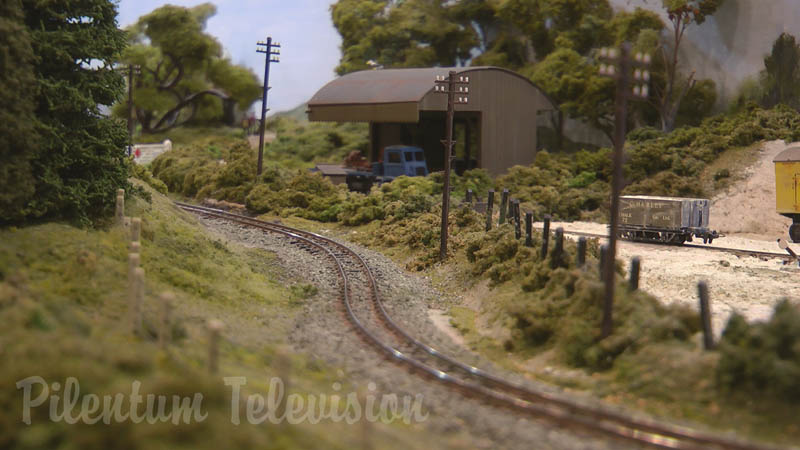 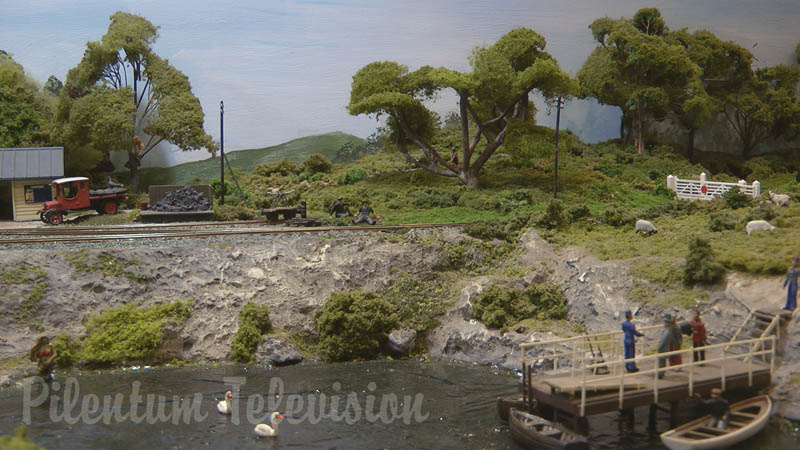 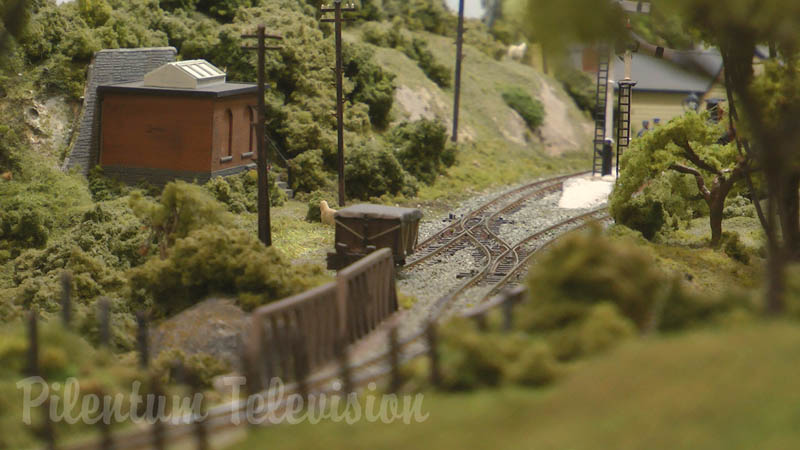 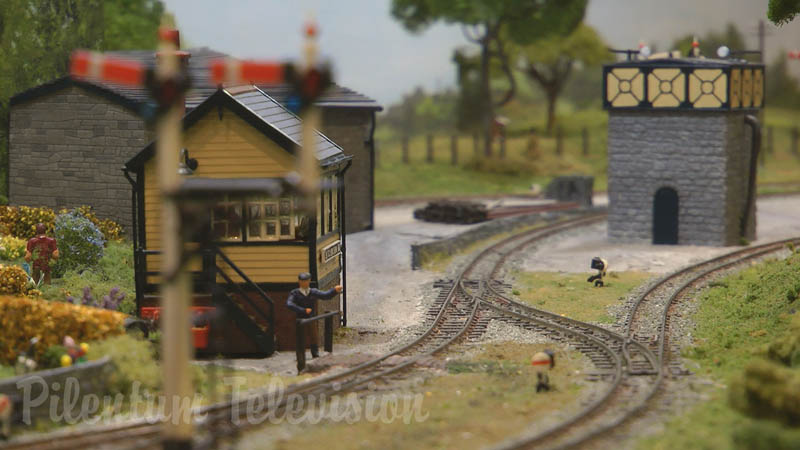 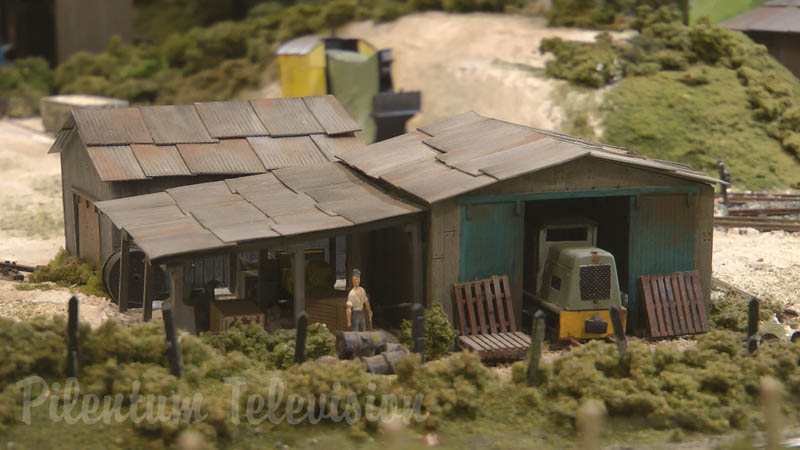 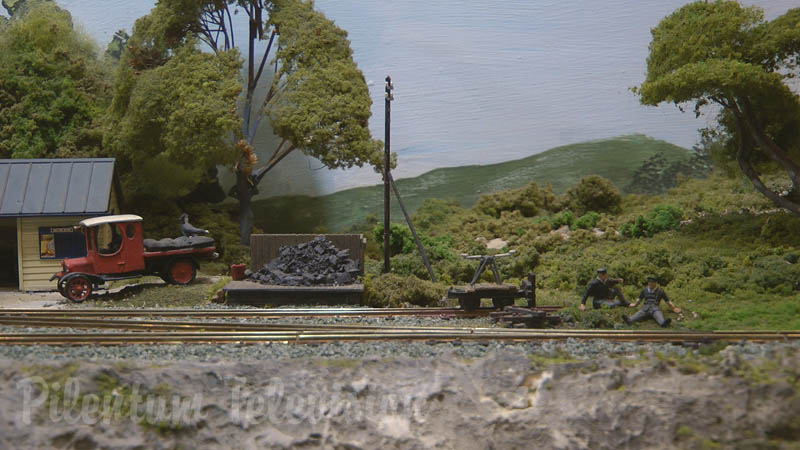 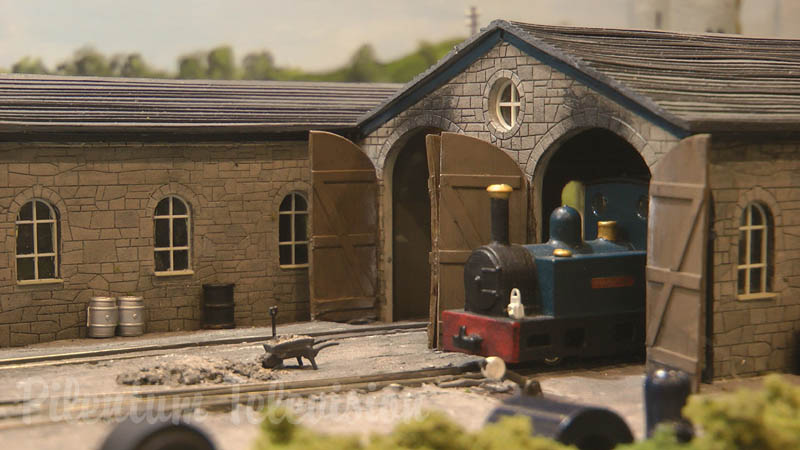 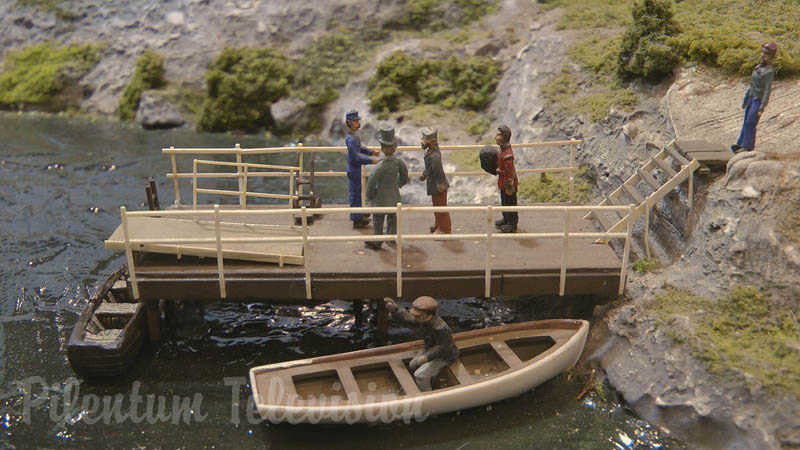 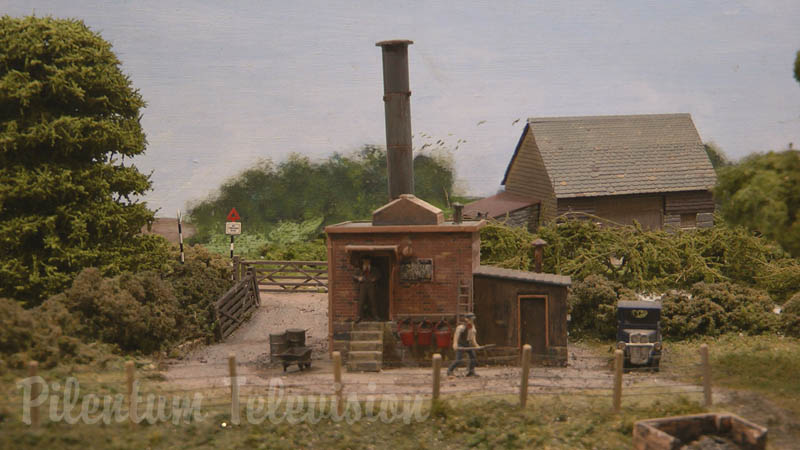 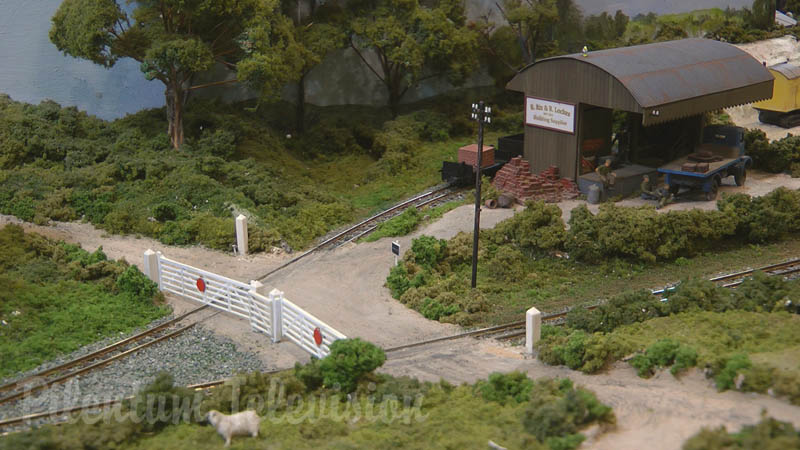 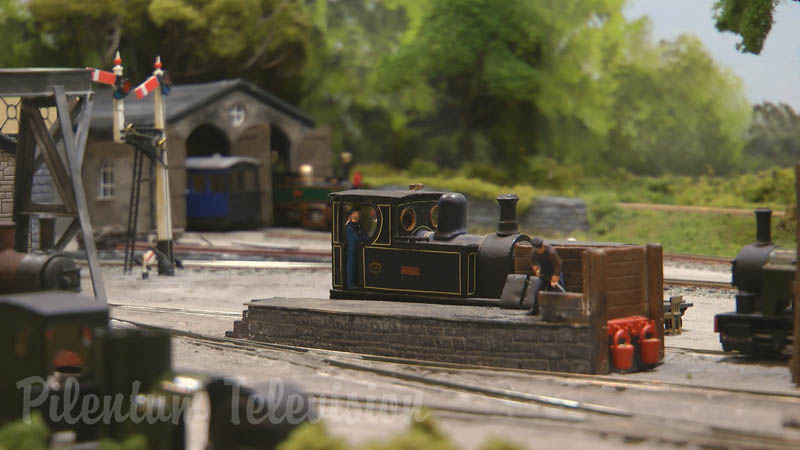 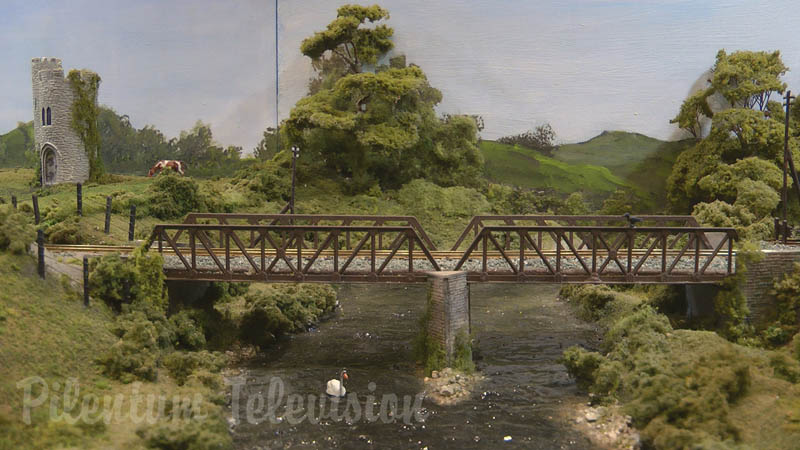 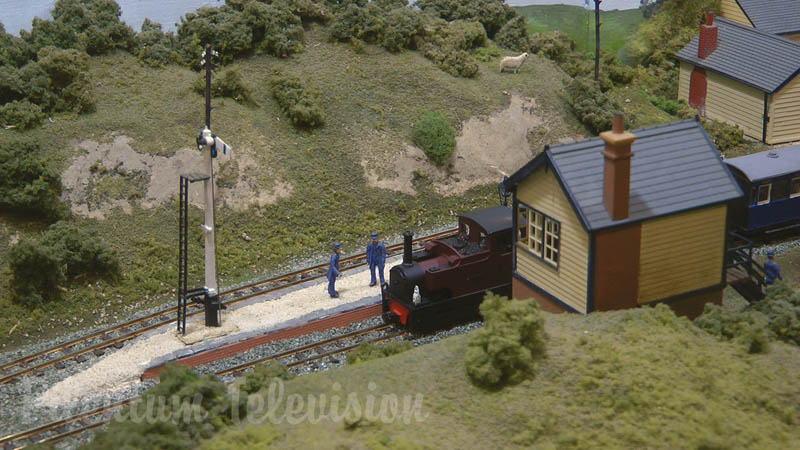 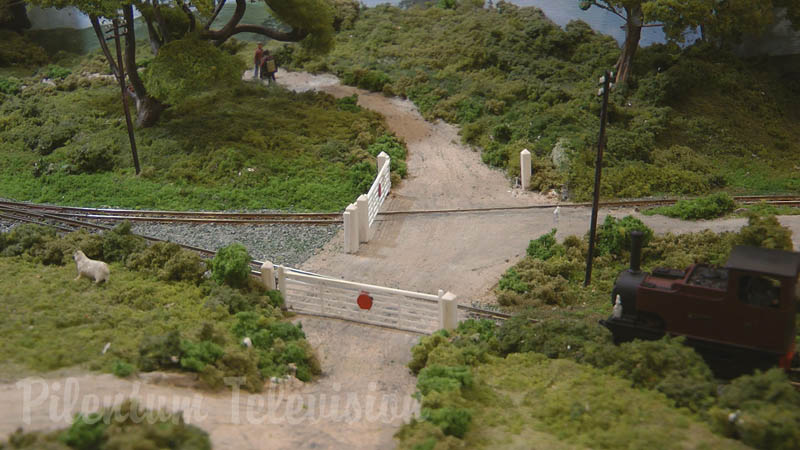 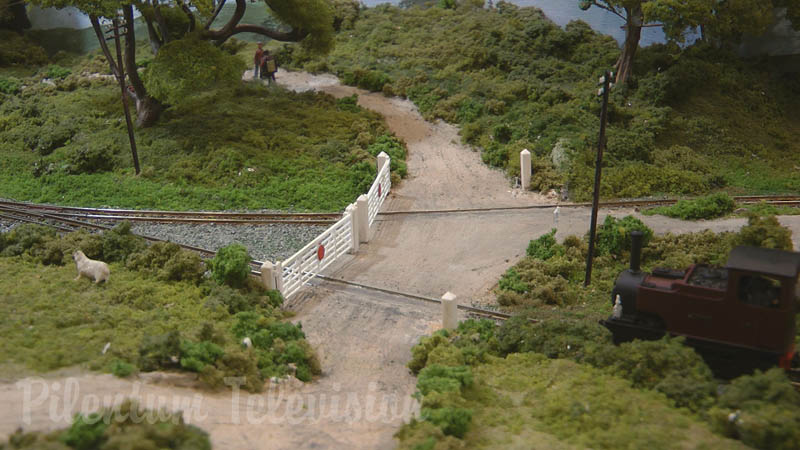 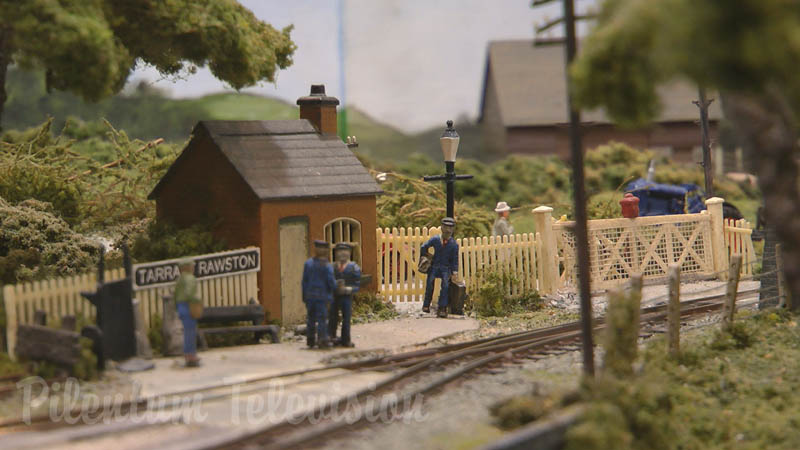 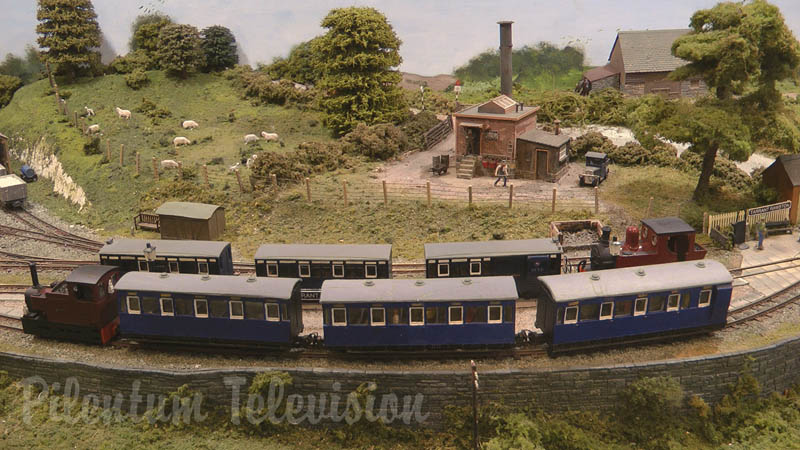 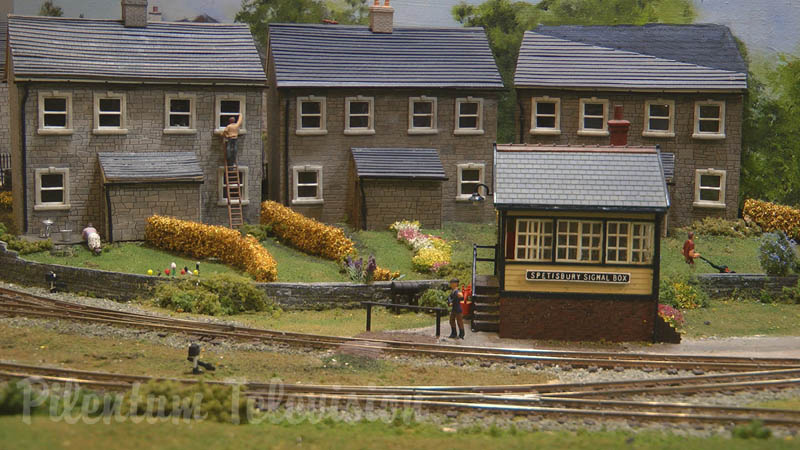 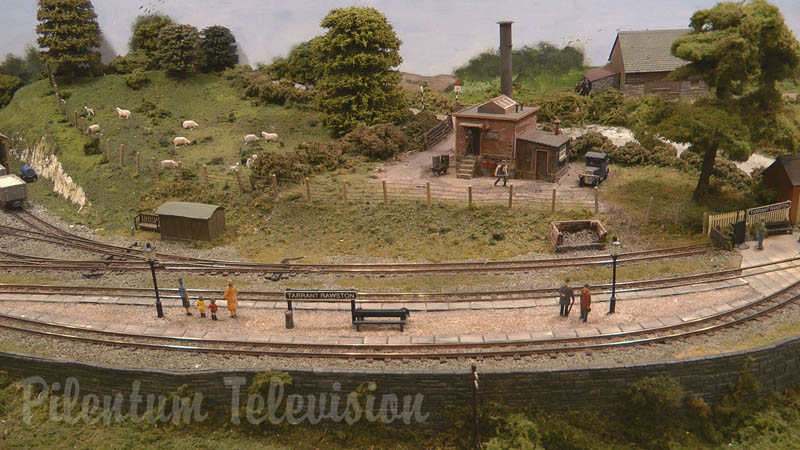 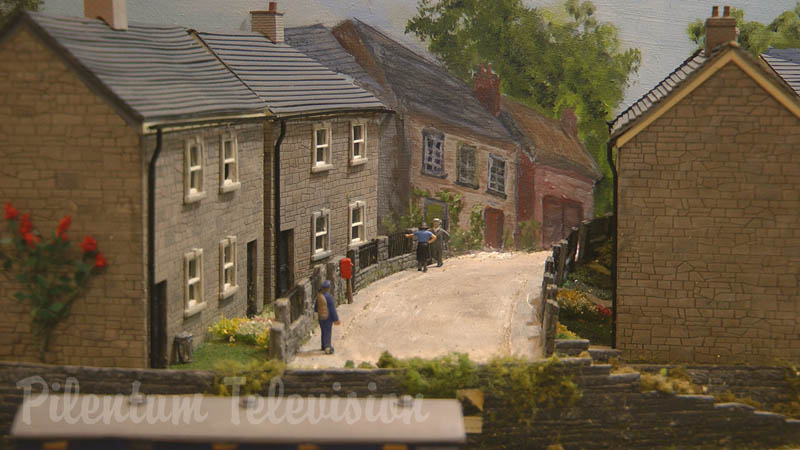 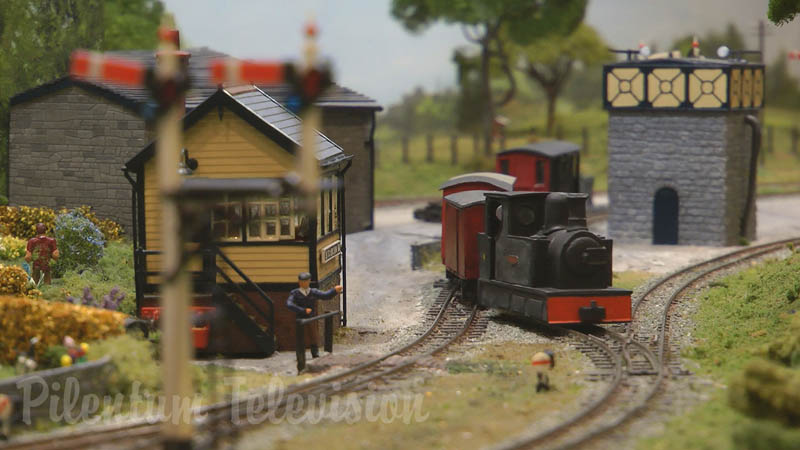 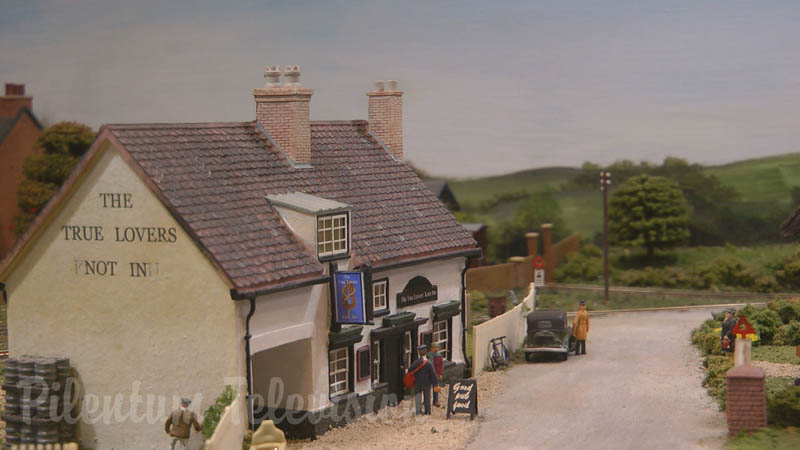 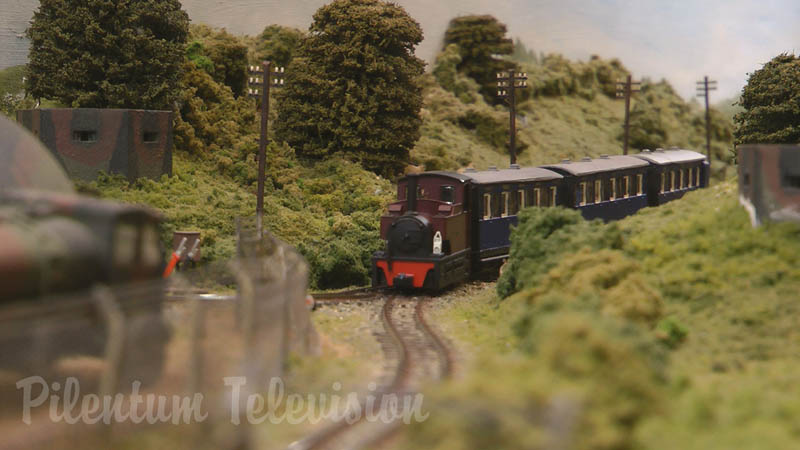 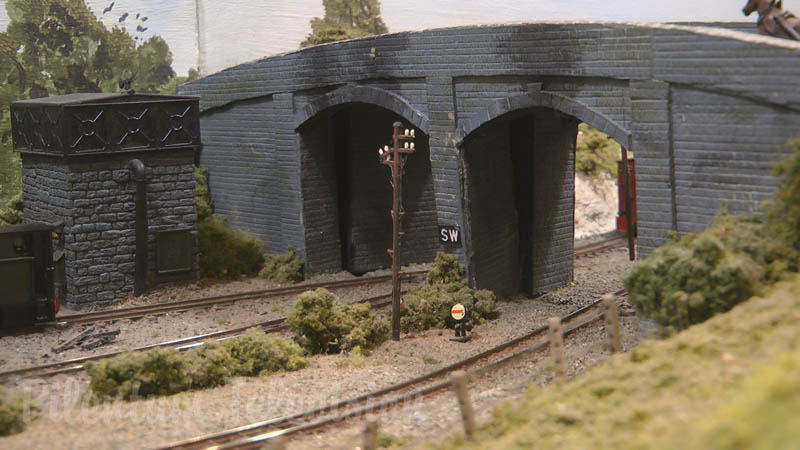 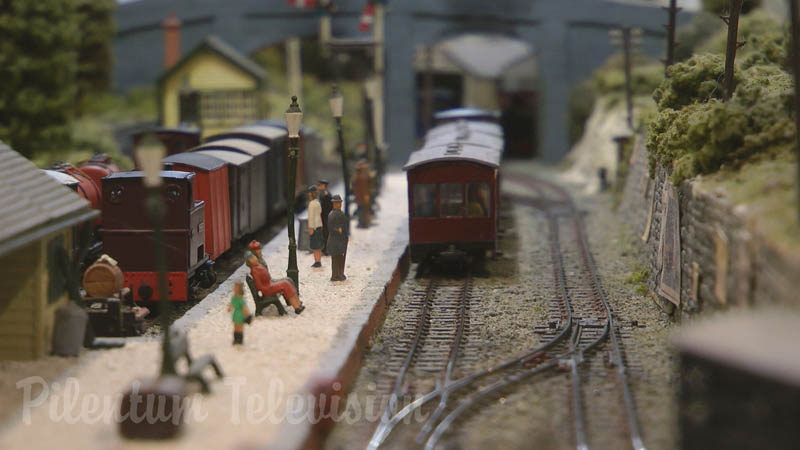 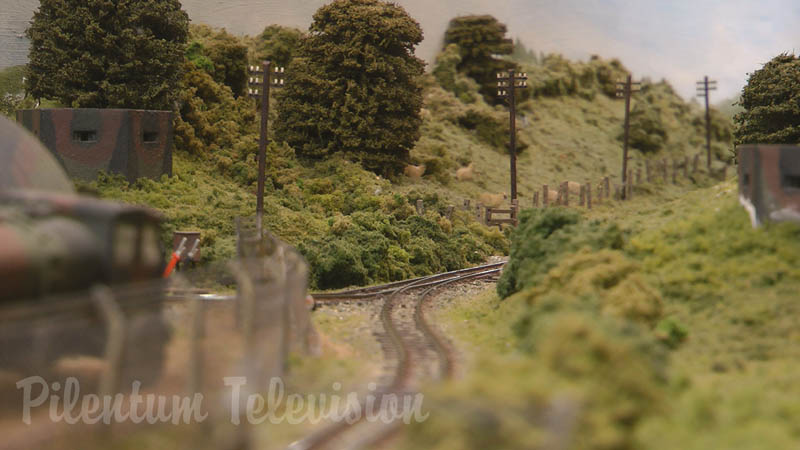 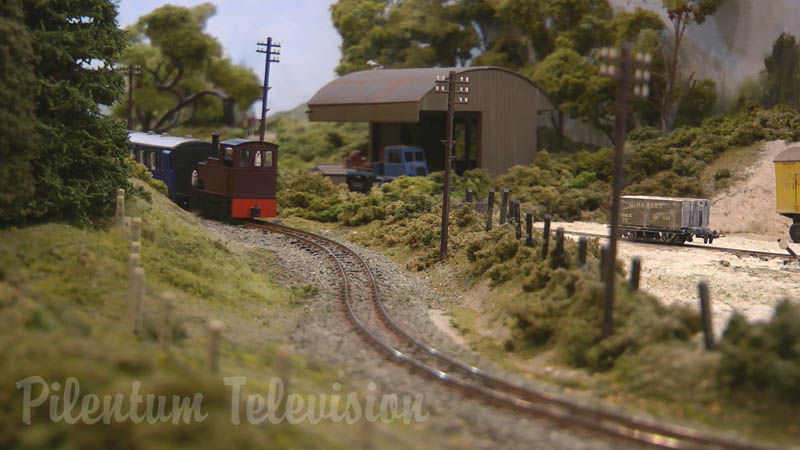 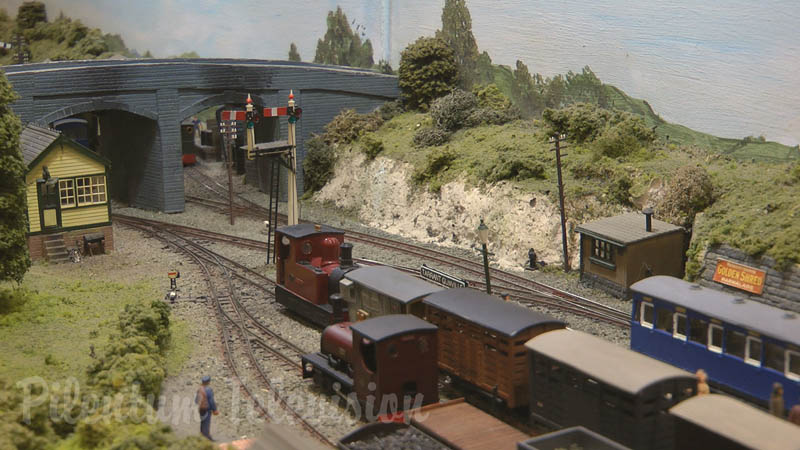 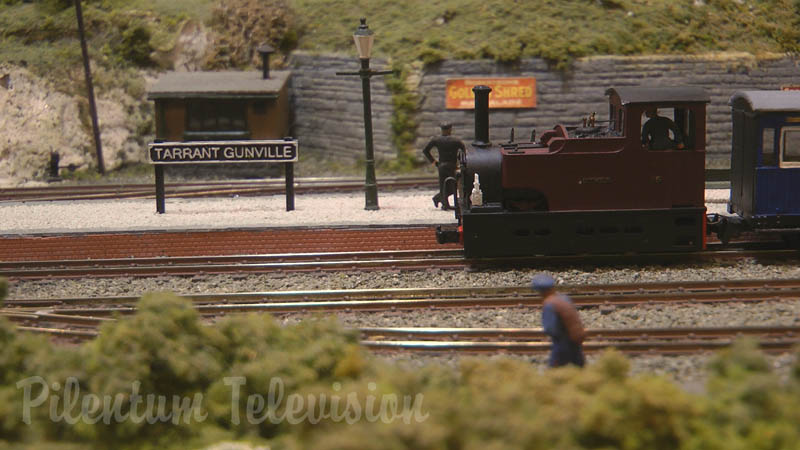