The model railroad layout built by the French club “Amis du Rail 67” is not only a field railway diorama, but also a miniature world inspired by the landscape of the Northern Vosges in Alsace, France. The model railway layout is called “Réseau Vosges du Nord” and consists of two sections, one is a 1/87 scale model railroad and the other is a narrow gauge model rail.

When the model train layout is installed at an exhibition, it has a size of 15 x 5 meters. In this video, however, we will look only at the section of the narrow gauge trains. Apart from the farm, the landscape and the small village, exceptionally rare, historic model trains run. These scale models are rail trucks and rail buses, known in France as “Trains sur pneus”, “Rames sur pneus” or “Camion sur rail”. The rail vehicles were manufactured by Patrice Hamm, who is a well-known model builder from France.

In particular, the French “Micheline Automotrice sur pneus” was one of the first rubber trains or rubber-tired trains. Many years ago, Marklin company had sold various Micheline rail buses in HO scale as special edition under item numbers 3122 and 3603. Finally, we discover not only quite rare model trains in this video, but also a beautiful French-inspired miniature world made perfect with a background wallpaper painted by hand by Patrice Hamm. 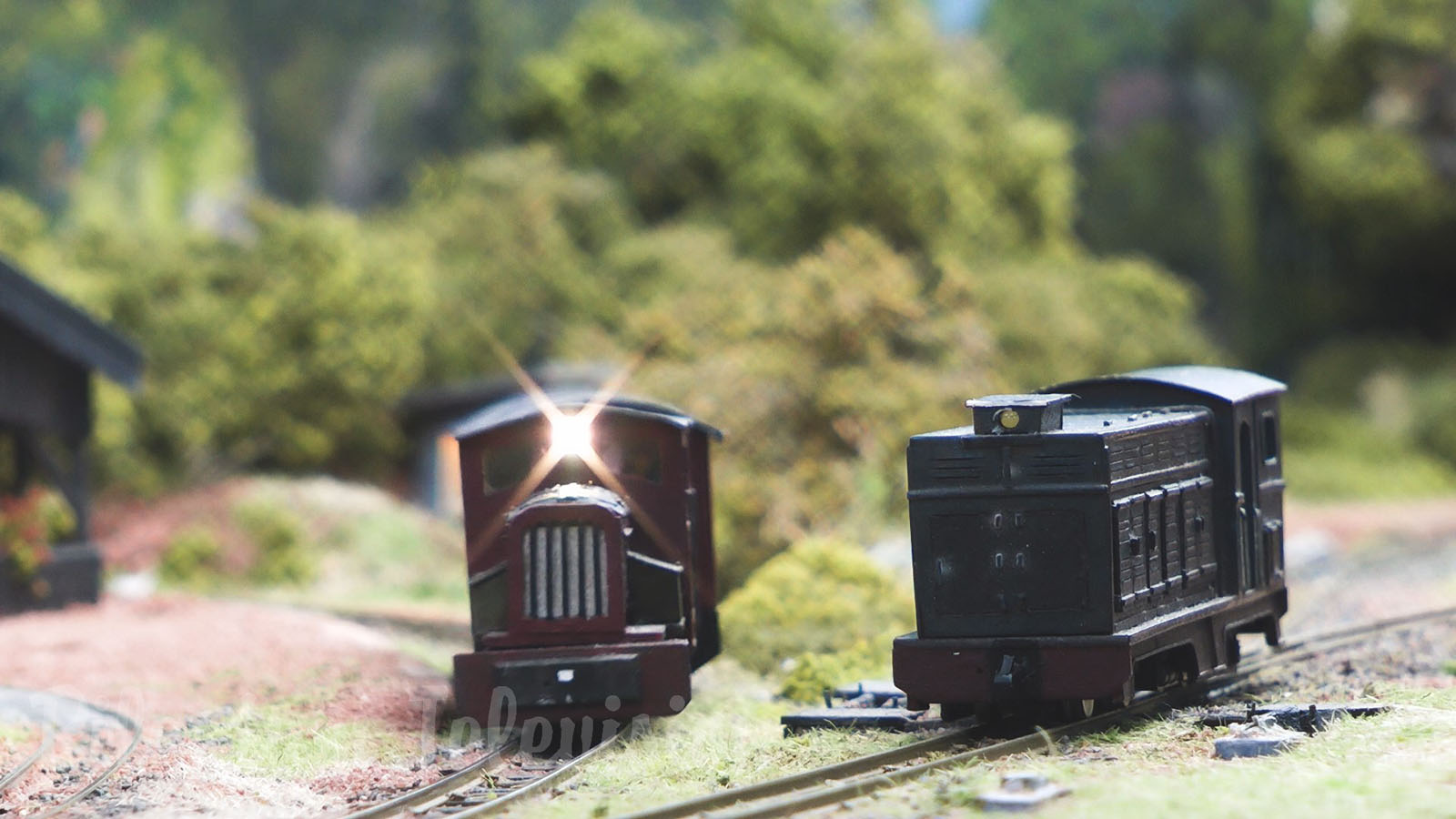 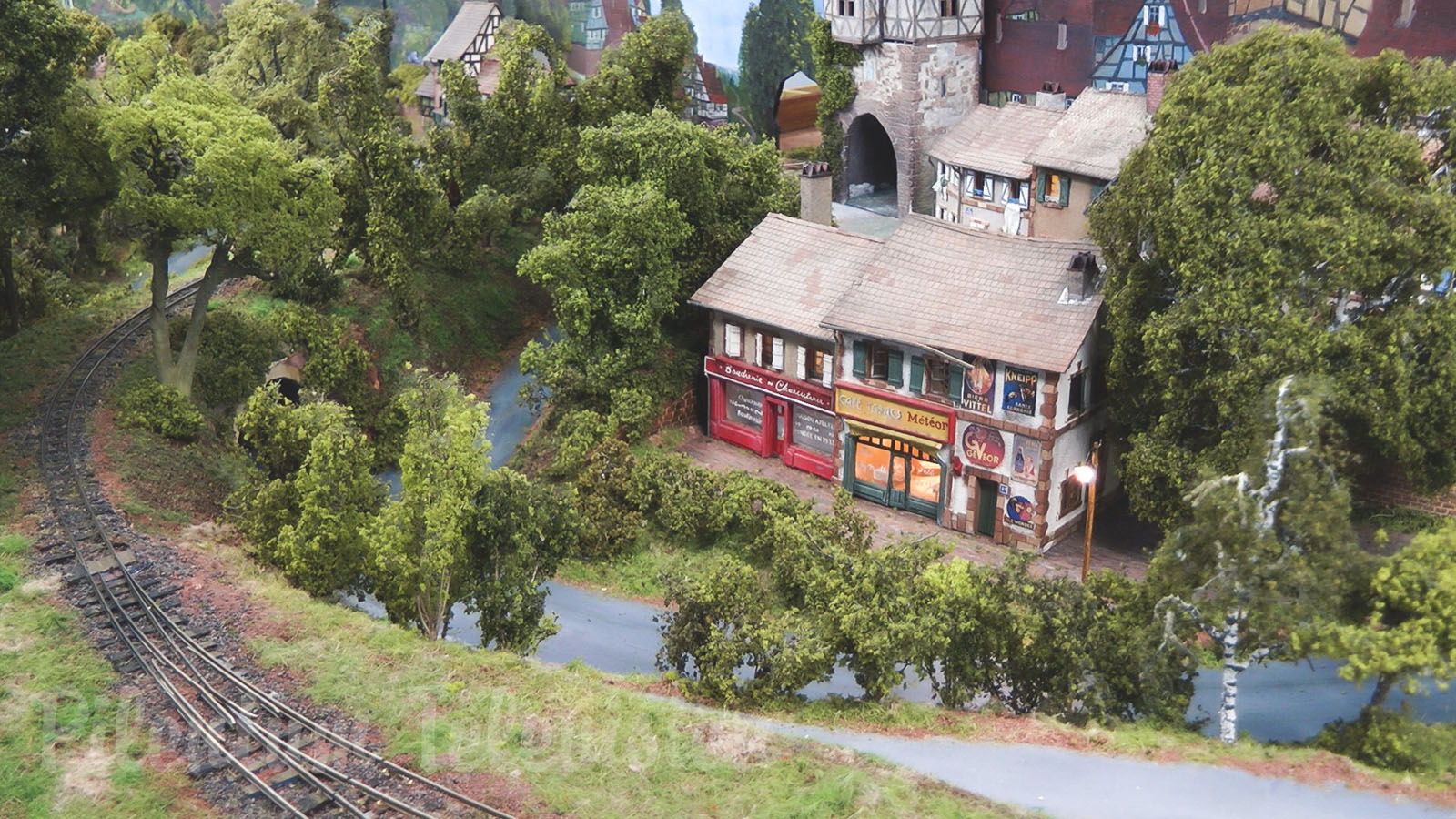 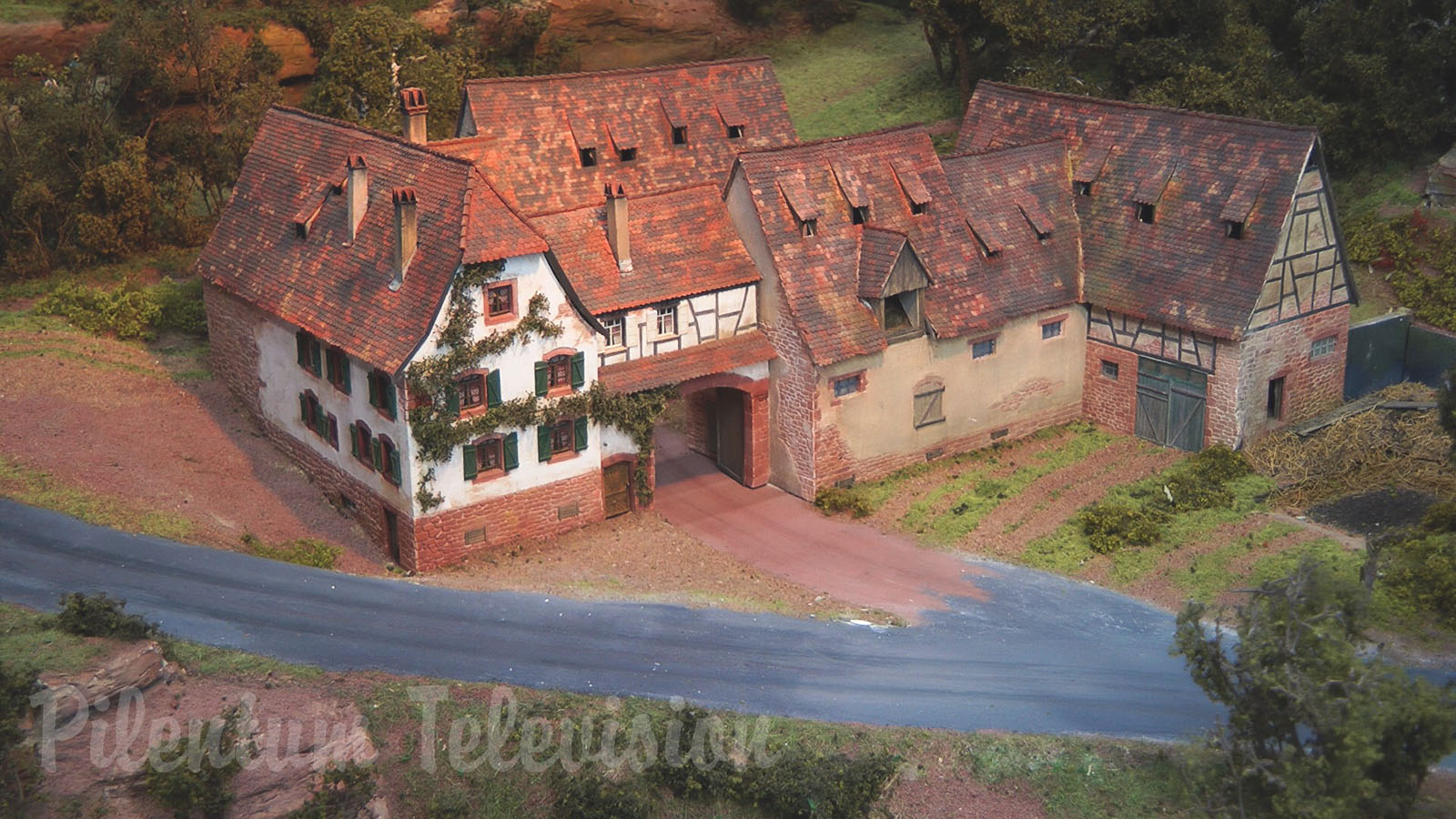 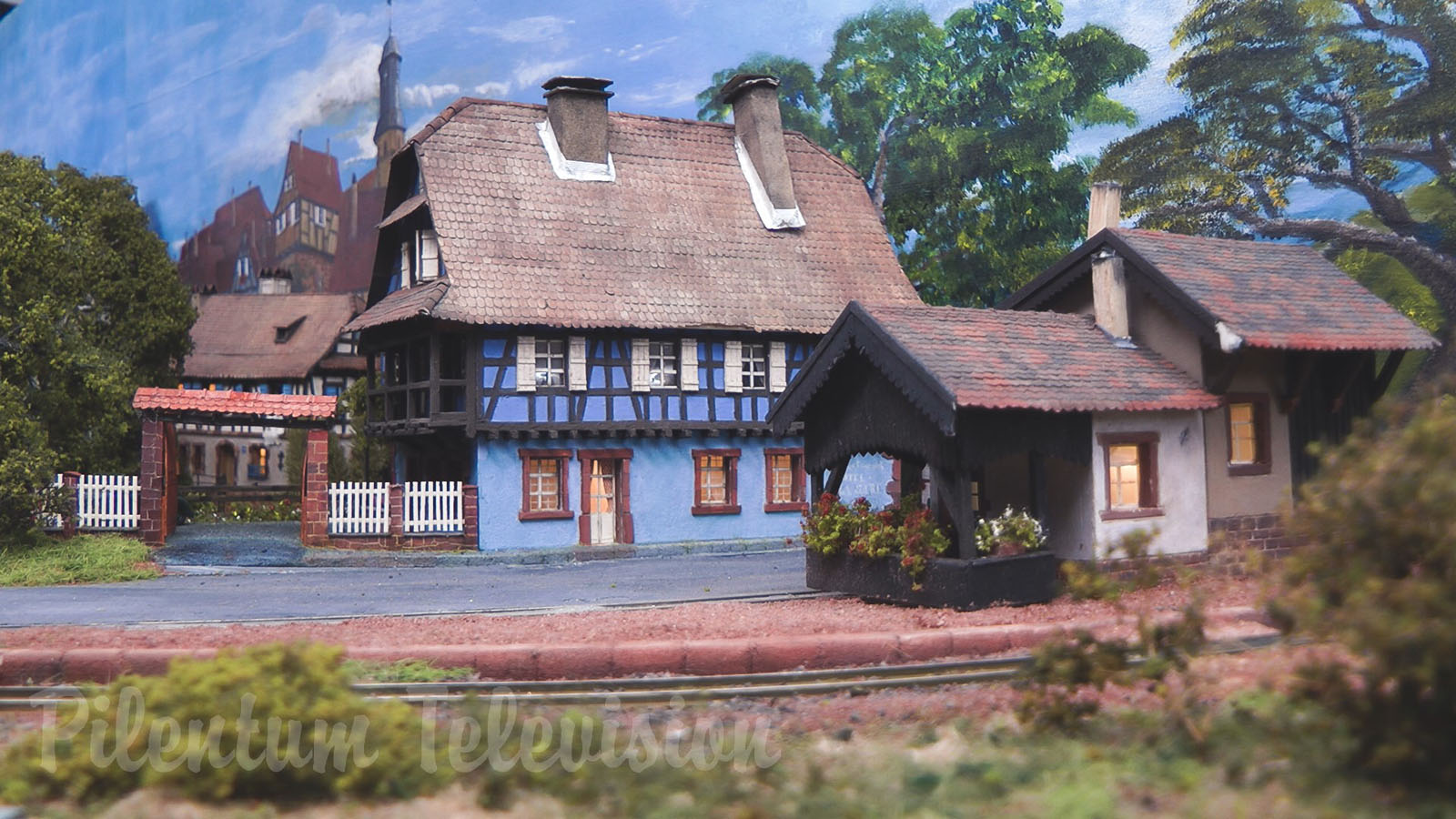 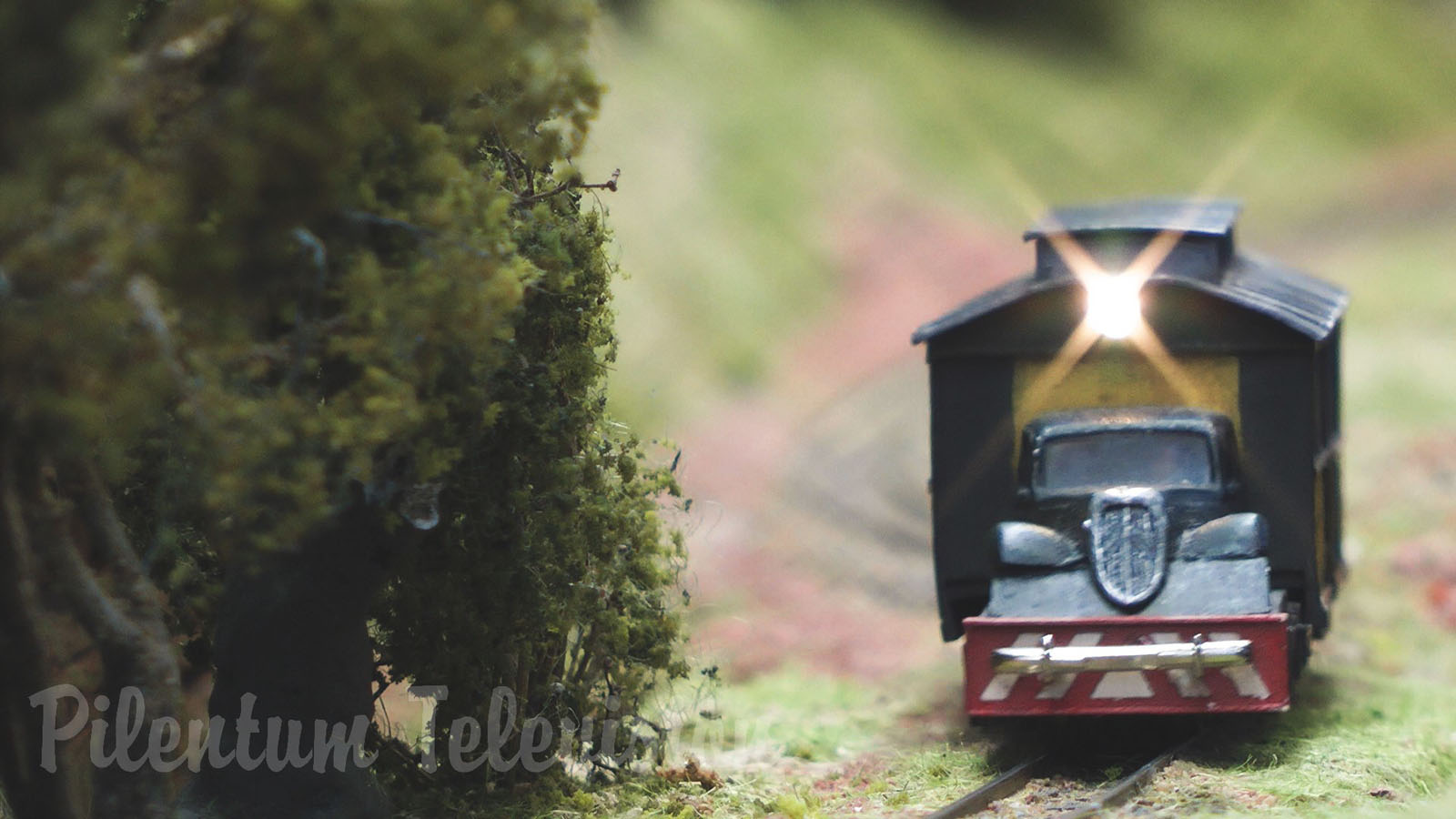 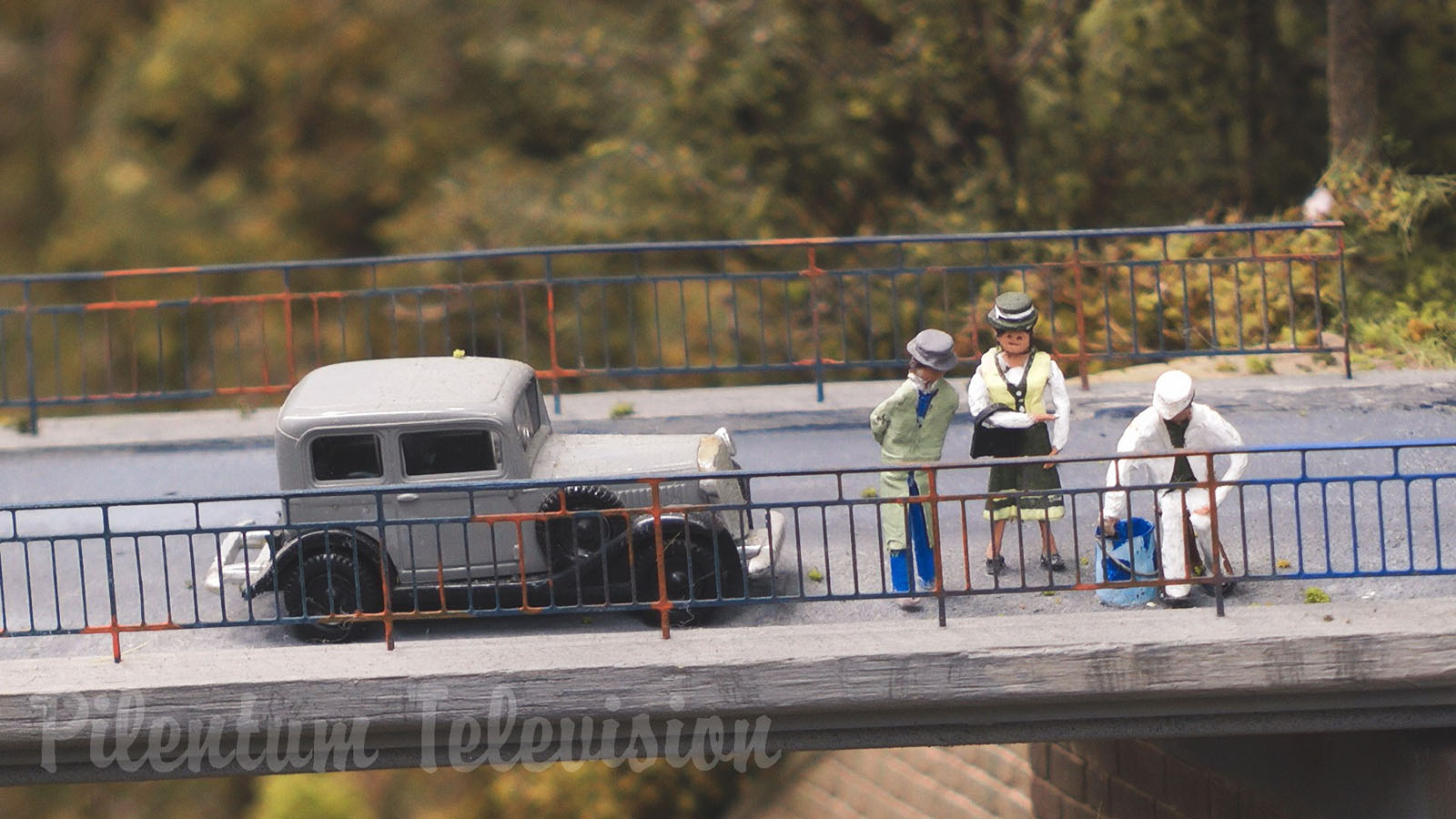 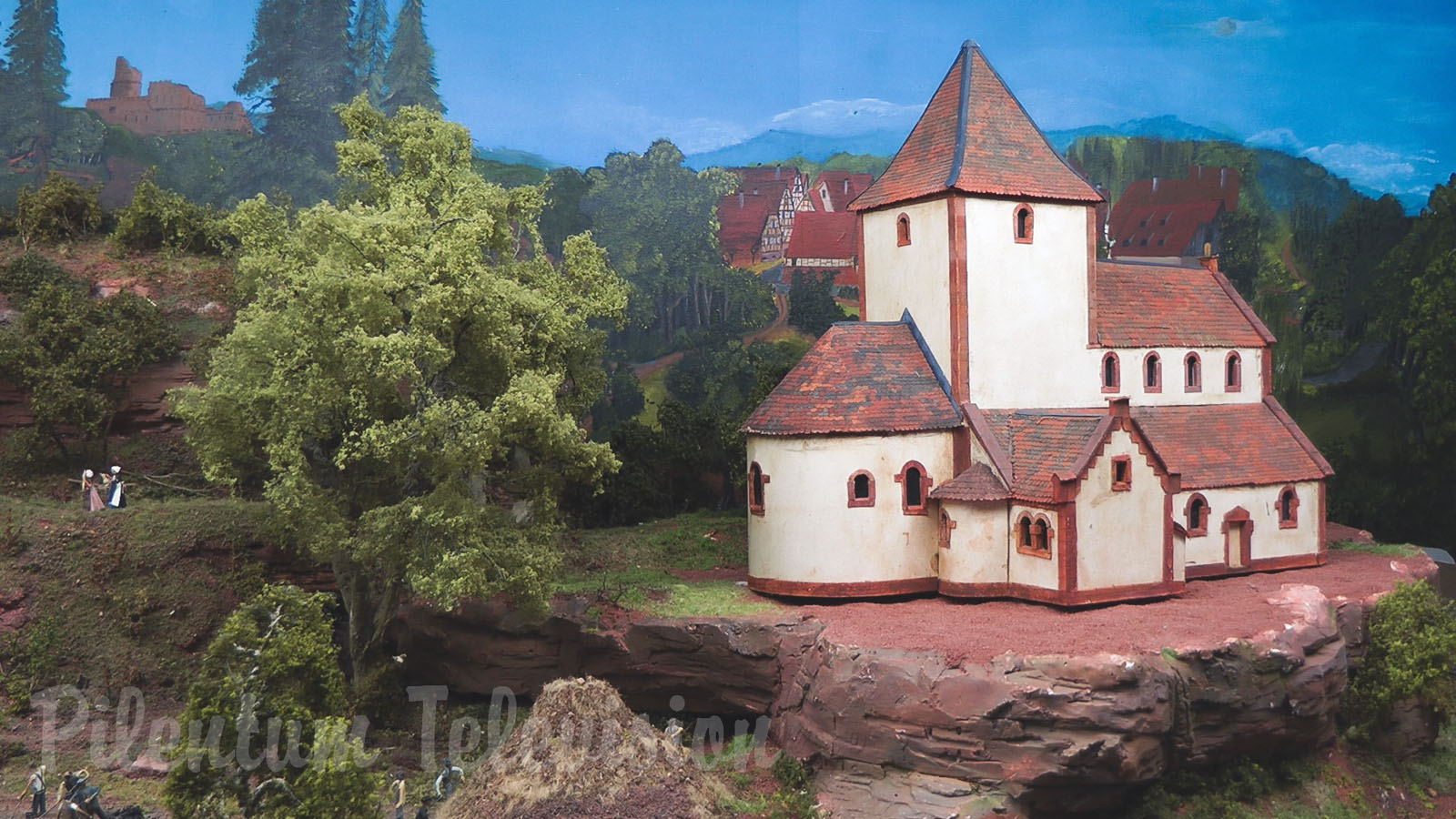 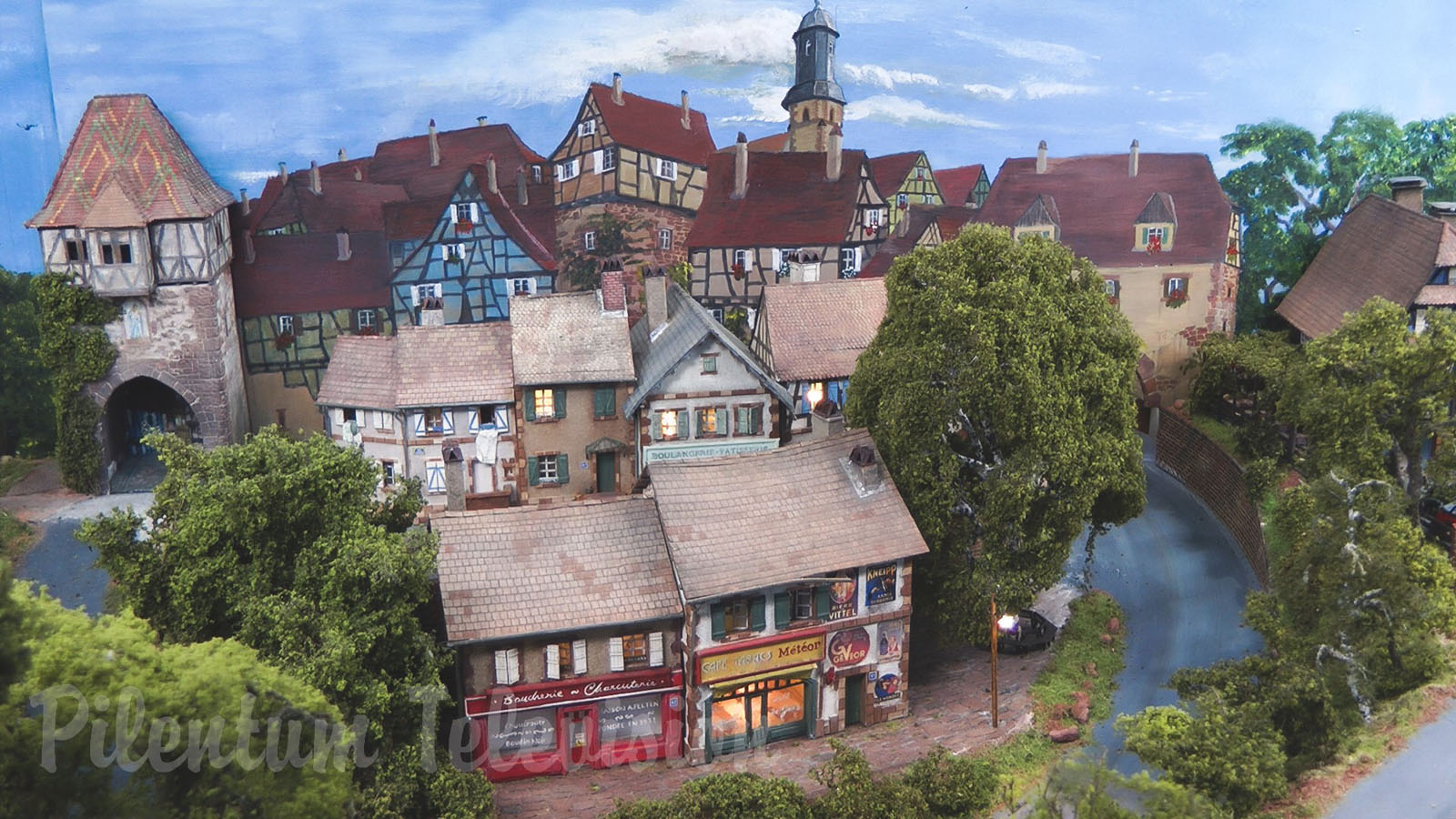 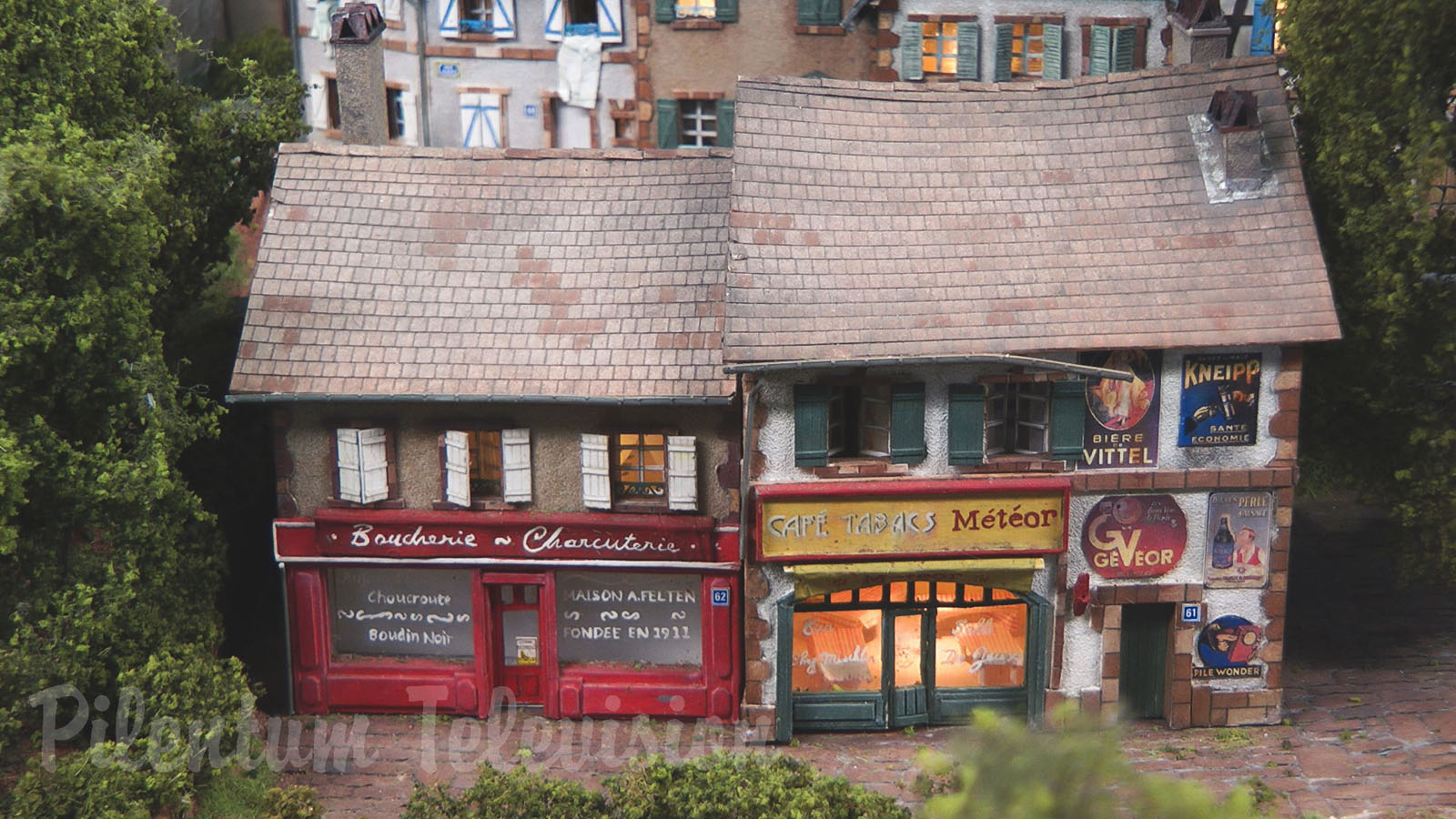 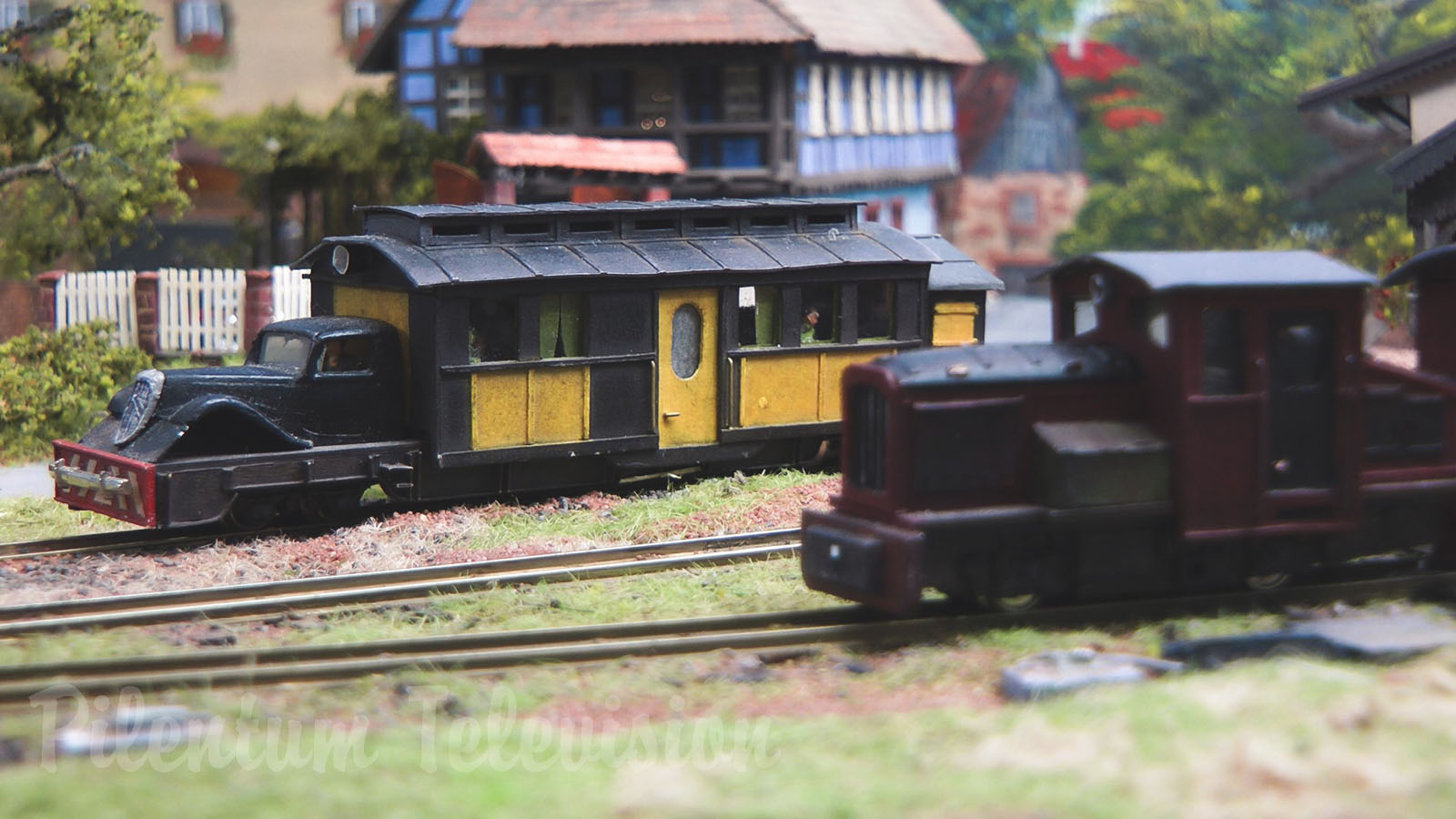