Although we see German model trains running on this model railway layout, this modular model railroad layout was built by model railroaders from the Netherlands, namely by Ton van Dijk, Ton Huijink, Erik Dikken and Michel Turlings, who are members of the model railway club “MaasBuurtSpoor”. The club members call their layout just “De Duitse Modulebaan”, which means “The German Modular Railway” or “The German Modular Railroad”. With the construction of the railway, a very special idea was to be realized: The main thing was to create the atmosphere of the 1960's in Germany, when there were still many steam locomotives and diesel locomotives.

On the layout in HO scale, there are many buildings and details to discover: There is a depot for steam and diesel locos, so train drivers have the possibility to shovel some coal, to fill up their steam engines with sand, or to fill up their diesel trains with fuel. Furthermore, a house is burning near the railway crossing and children are playing Chinese jump rope, also known as Chinese ropes, jumpsies, elastics, yoki or French skipping. Finally, it is a beautiful ambiance on this modular model train layout because of the many, varied train sets, which pass by. This ambience is enhanced by the amazing photo background, which results in a beautiful depth effect. The entire trackwork is equipped with overhead wires. Although the catenary is not in use, however, it does complete the ambiance of this miniature world. 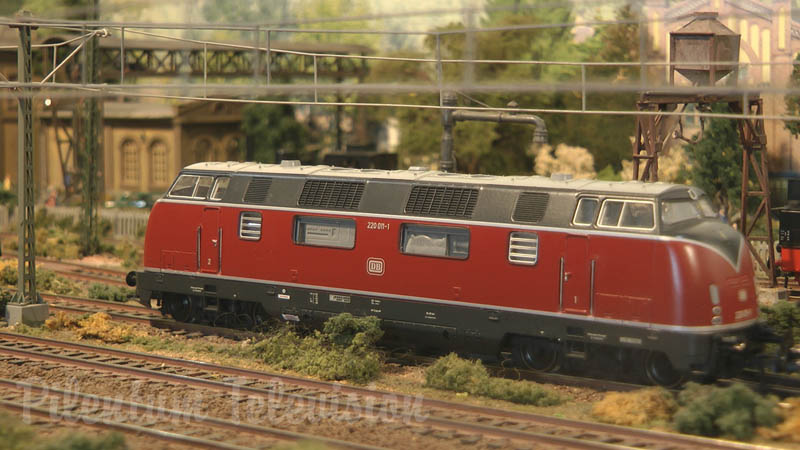 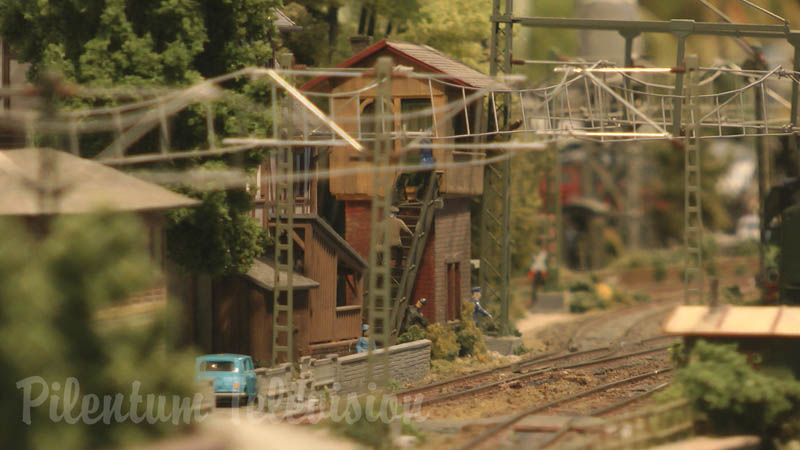 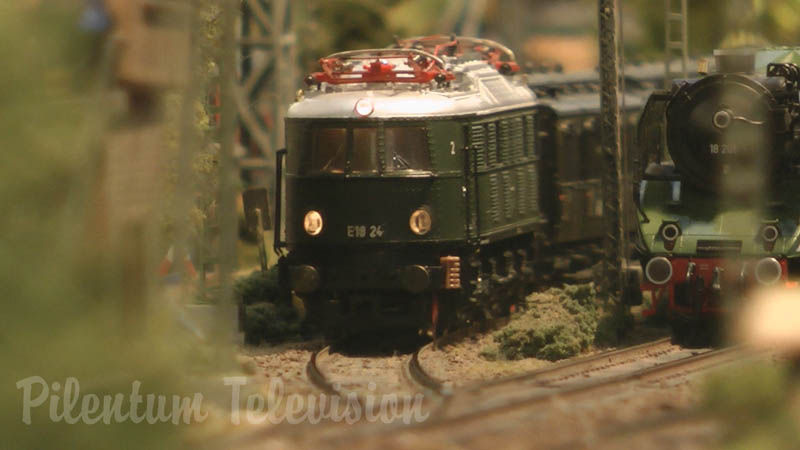 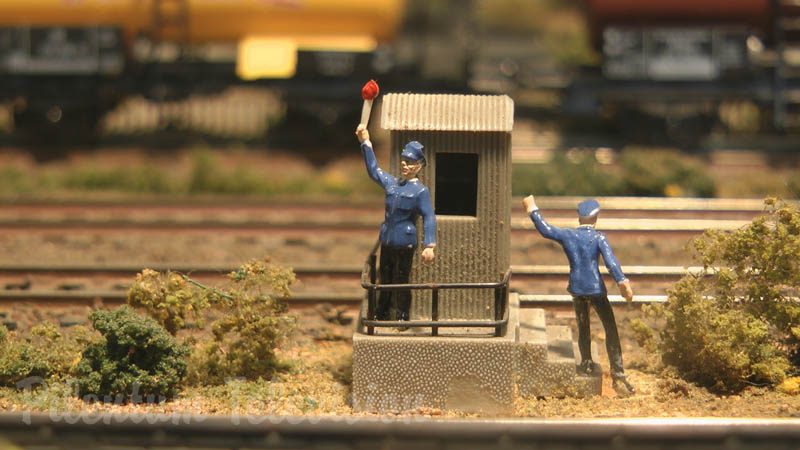 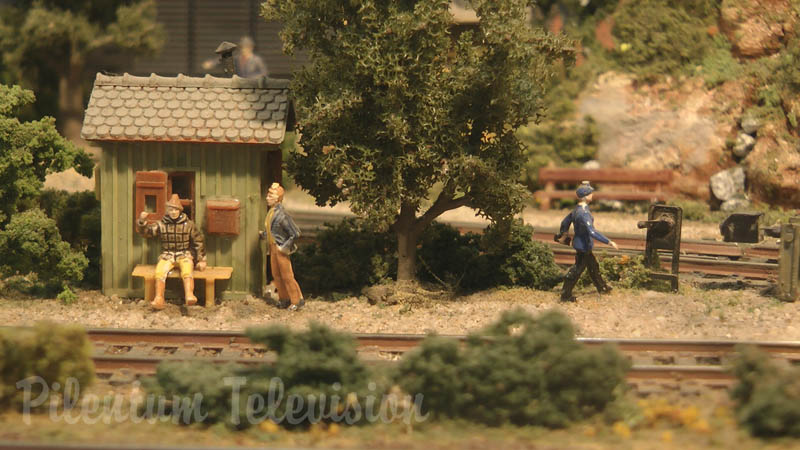 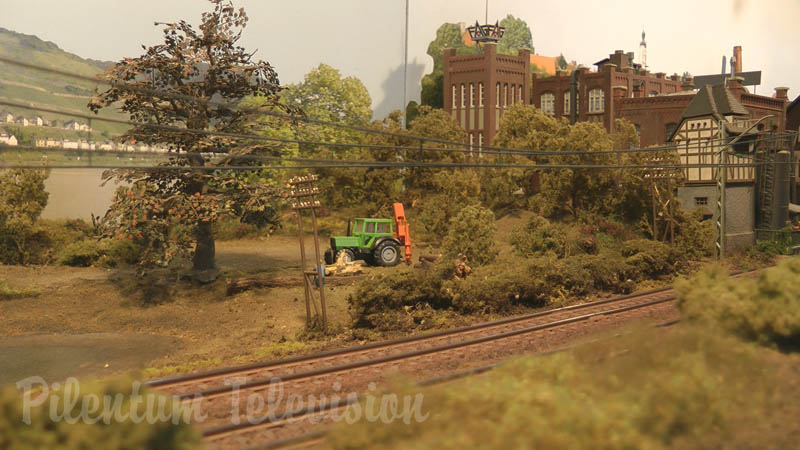 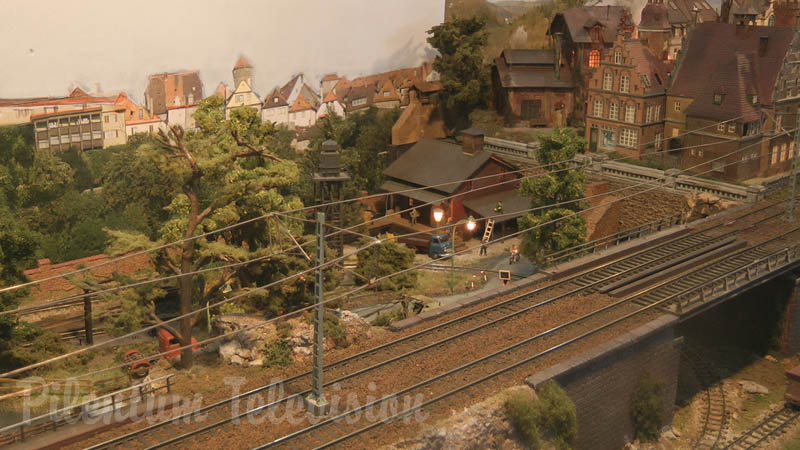 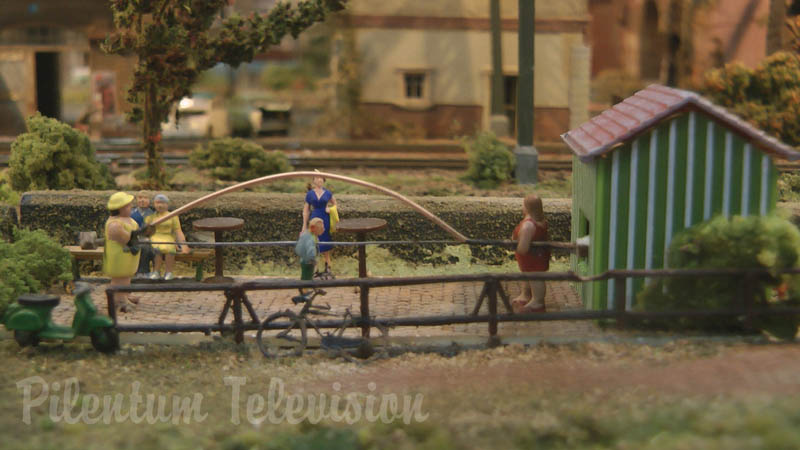 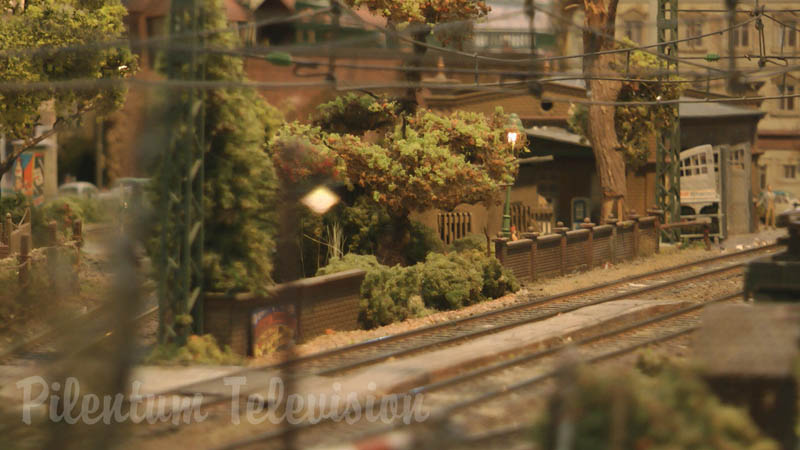 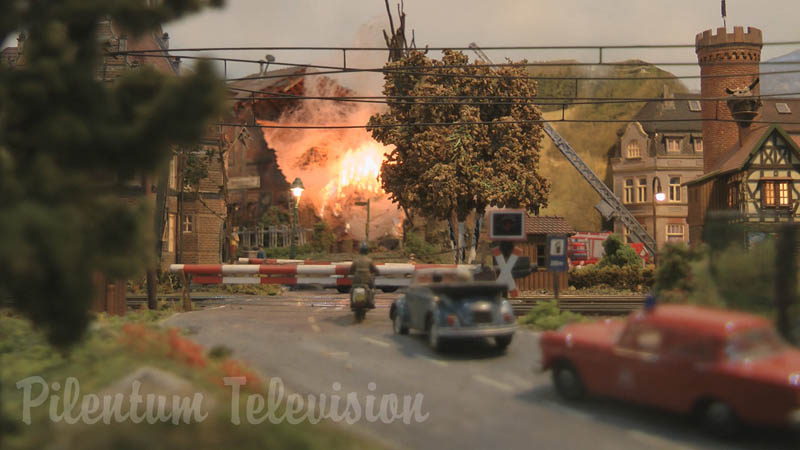 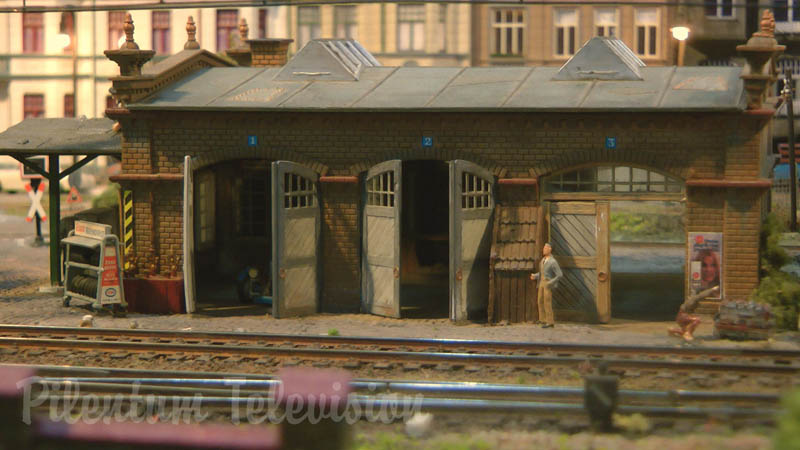 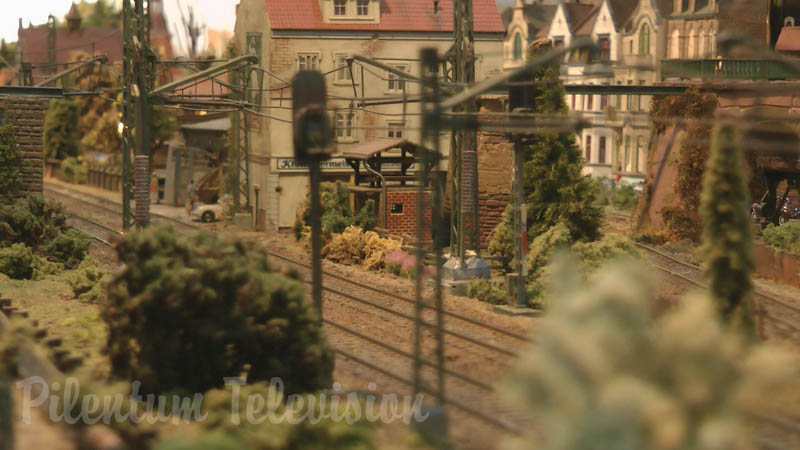 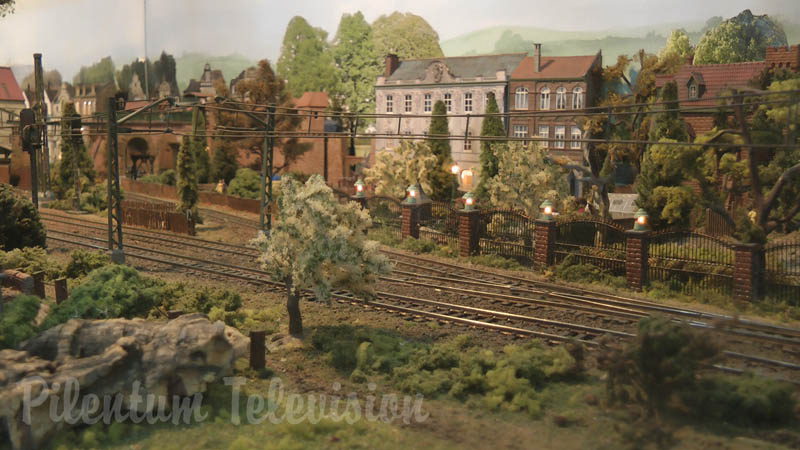 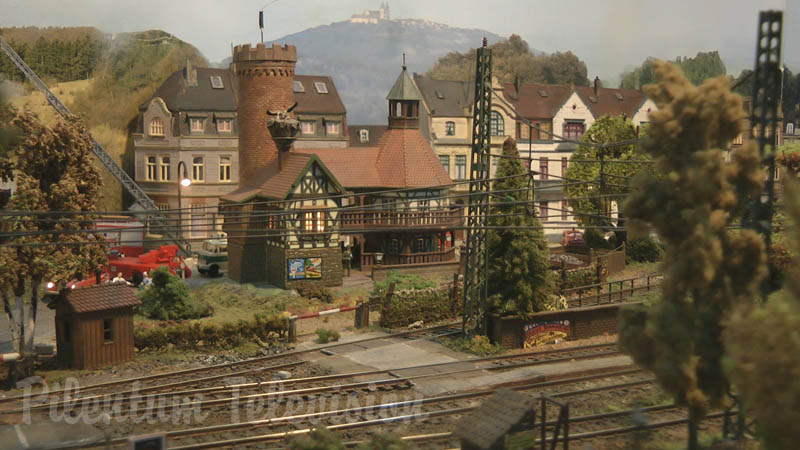 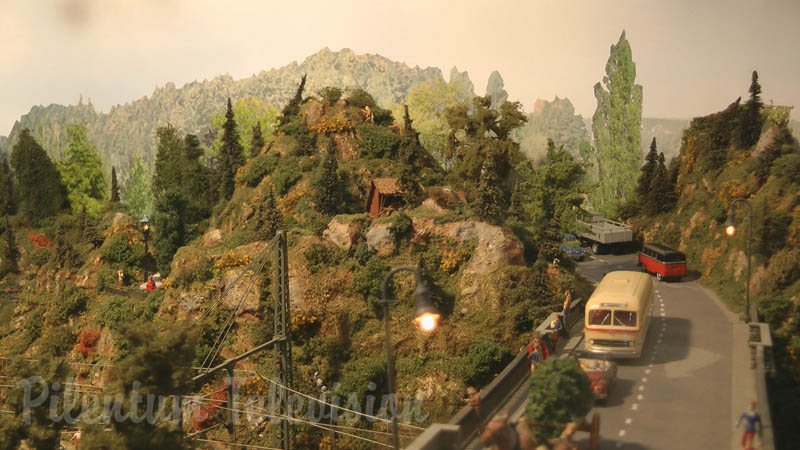 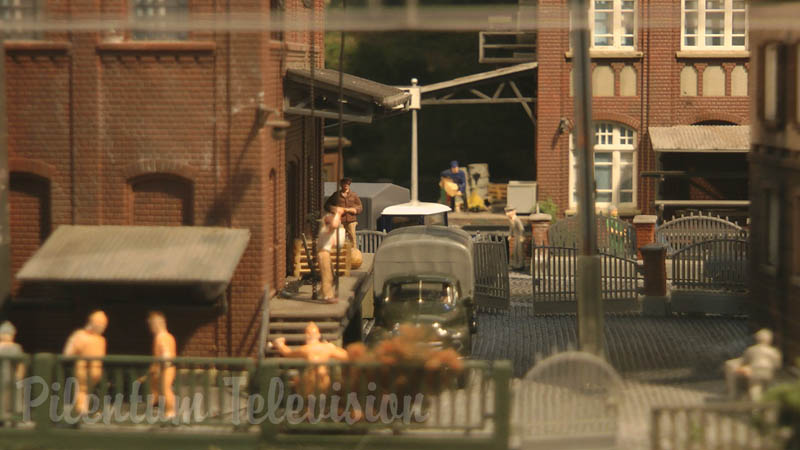 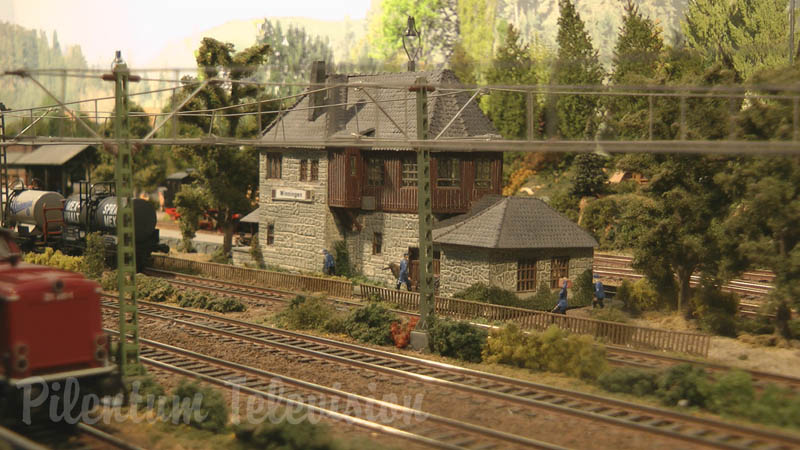 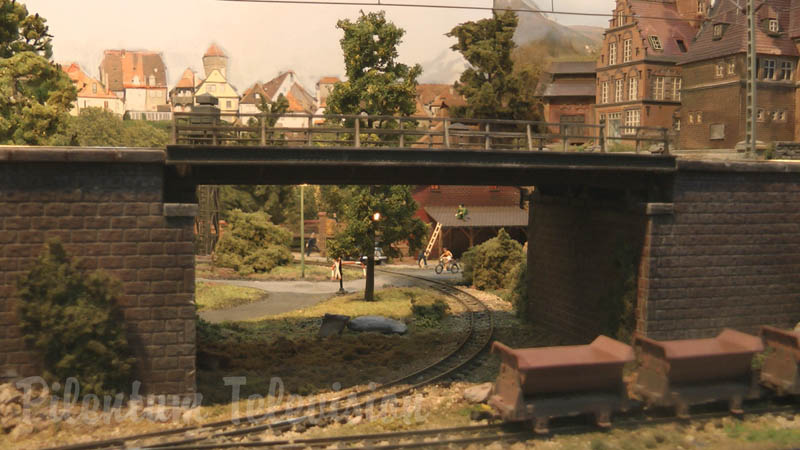 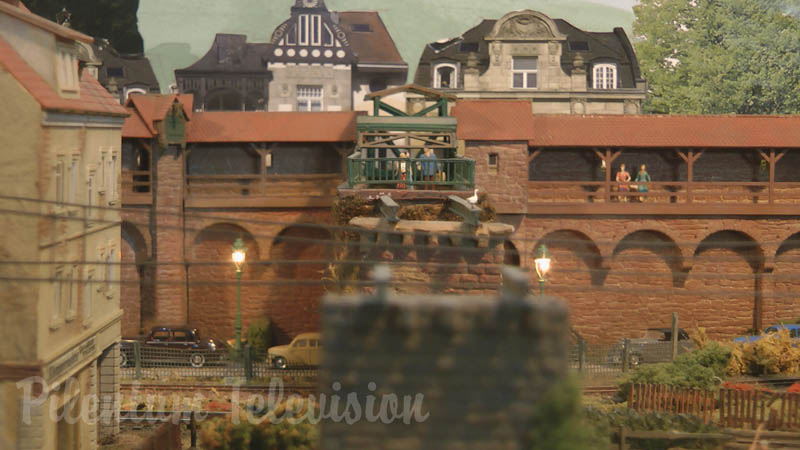 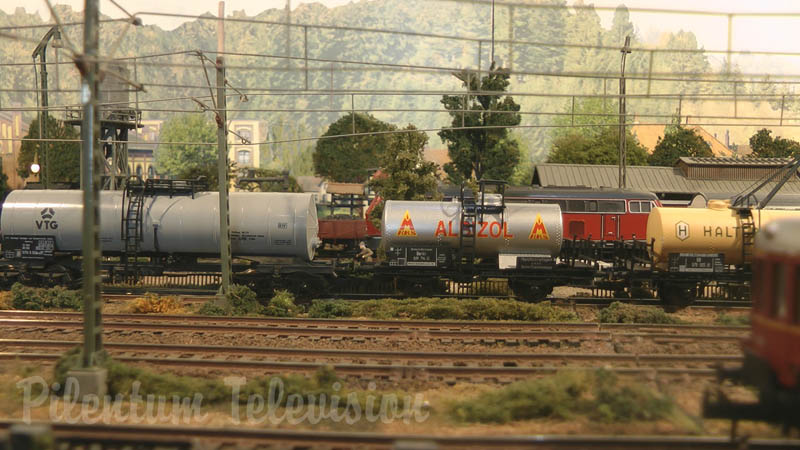