Purgatory Peak is an on30 scale layout which was built by the members of the Macclesfield Model Railway Group, Great Britain. Currently Purgatory Peak is the only club layout that is being exhibited. It is a first attempt at American on30 gauge layouts by British steam enthusiasts. Although there are perfectly weathered locomotives, trains and landscapes of the Denver and Rio Grande Western Railroad, the model railway layout is purely fictitious.

When gold, silver and other heavy metals had been discovered, the newly emerging economy of the United States was screaming out for these resources. But pack horses, mule trains and back packs were simply not up to the ever growing demands. Something needed to be done. So a railroad was to build from Denver to the furthest reaches of western Colorado and on to Utah, thus linking the two most important emerging trading centers in the area. And so the Denver & Rio Grande Western Railroad was born.

The railroads around Purgatory Peak were conceived in the euphoria of the mining boom of the late 19th century. Purgatory Peak was selected for the area to model, neither for its scenic beauty nor for its significance as a milestone in railway history. It was simply chosen because getting to this point, not only on the original railway, but also on the model, had been sheer, bloody purgatory. So we are in a mining area where heavily loaded freight trains transport mineral resources every minute.

The layout depicts narrow gauge main lines and branch lines serving two mines. It is 8.3 mtr or 27 ft long. On the main line trains up to 24 wagons long are pulled by K series locomotives. At least three model trains are in operation at all times - always something moving! Furthermore, the layout is fully scenic along the whole layout length. Behind the scene, the narrow gauge main lines are supported by an 8-road fiddle yard. 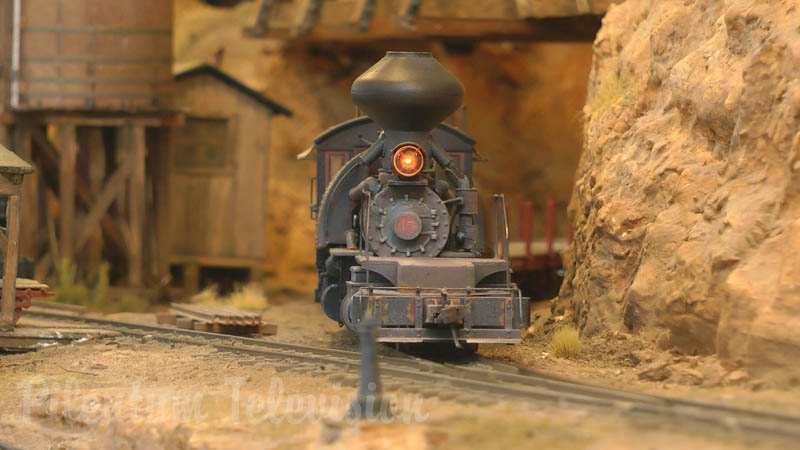 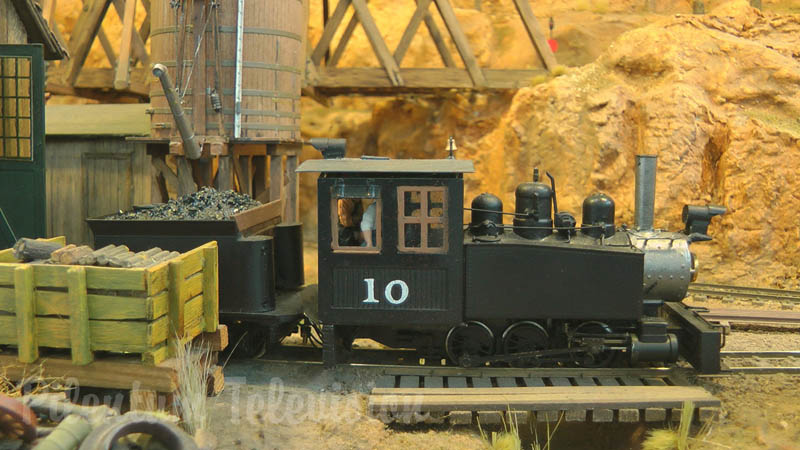 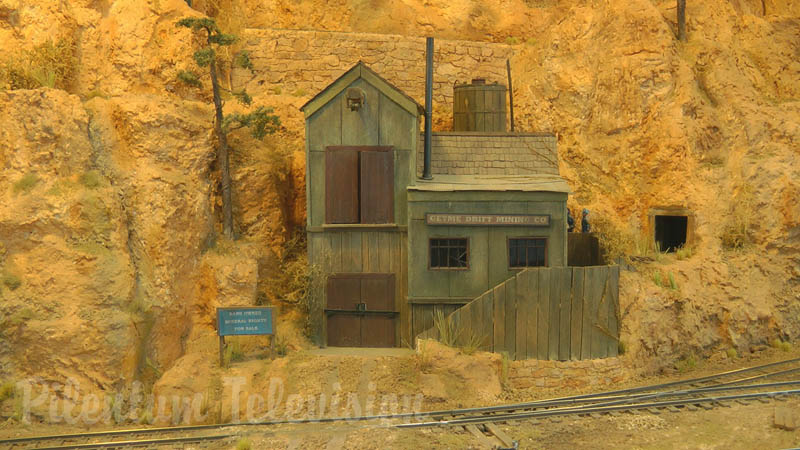 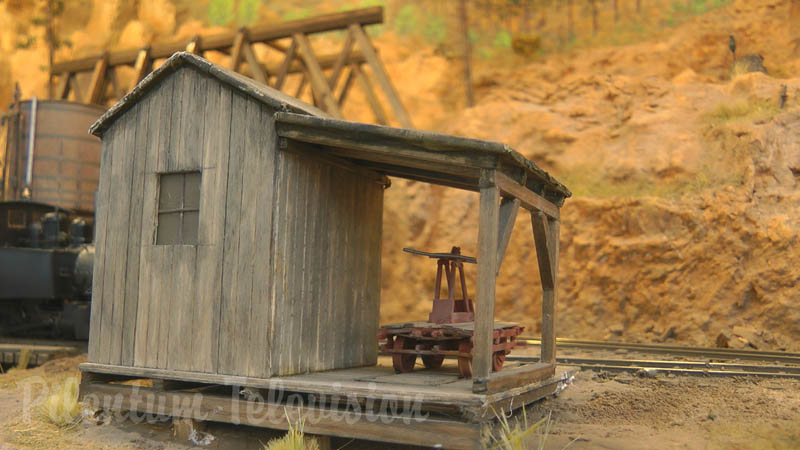 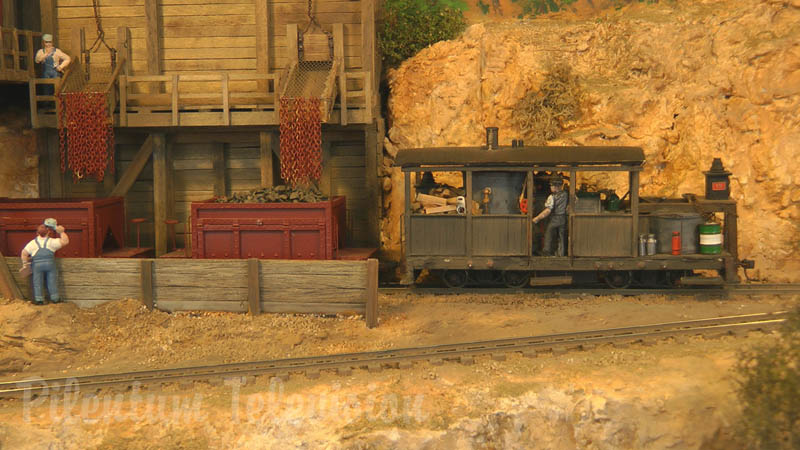 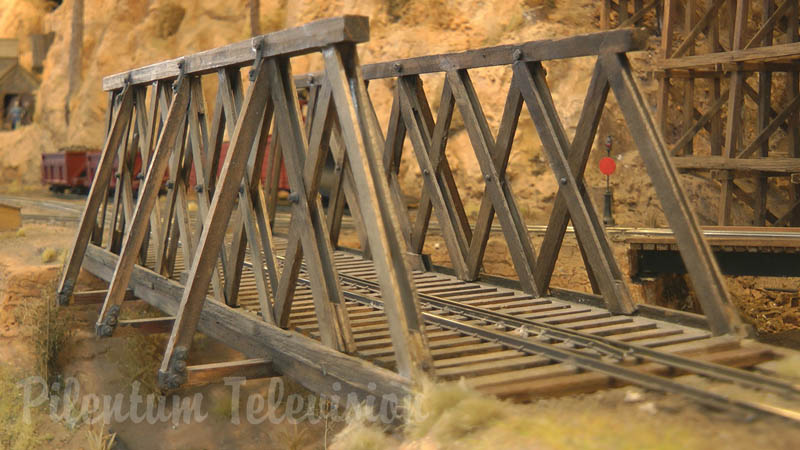 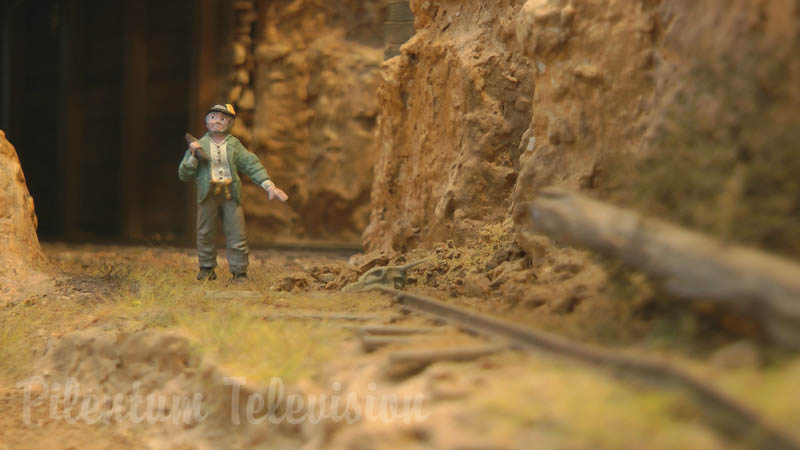 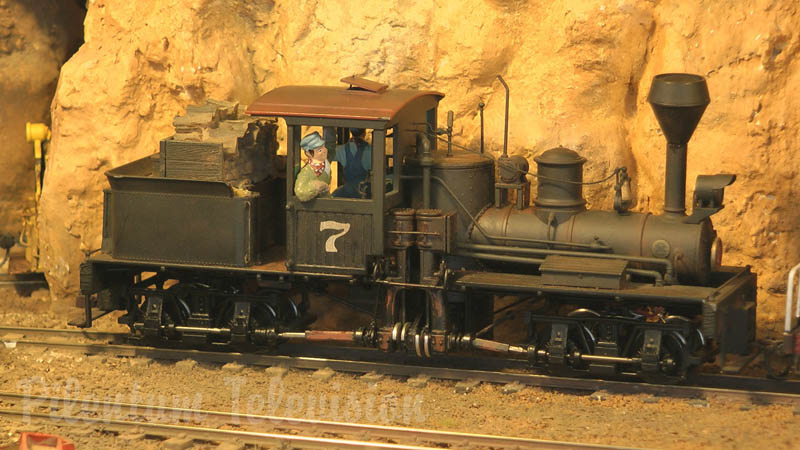 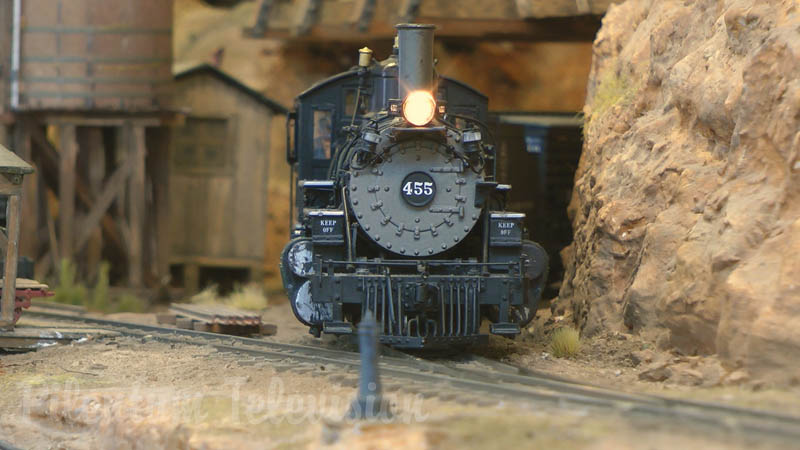 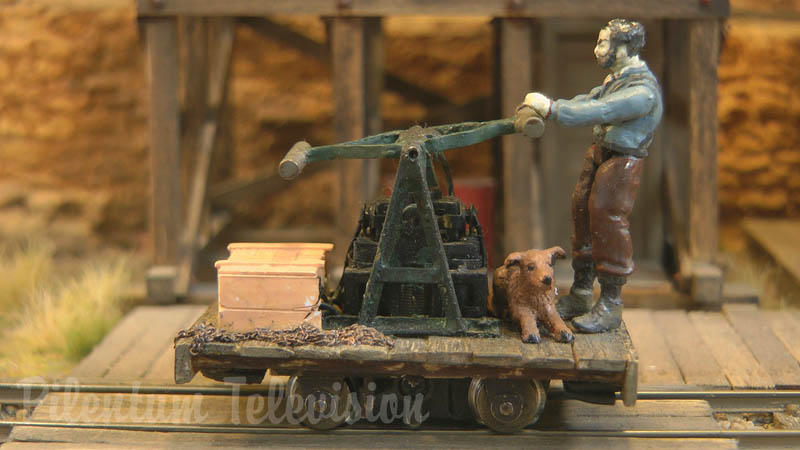 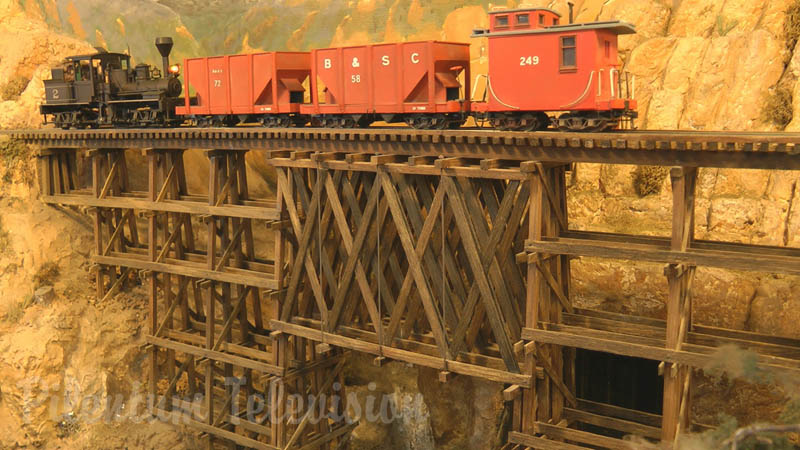 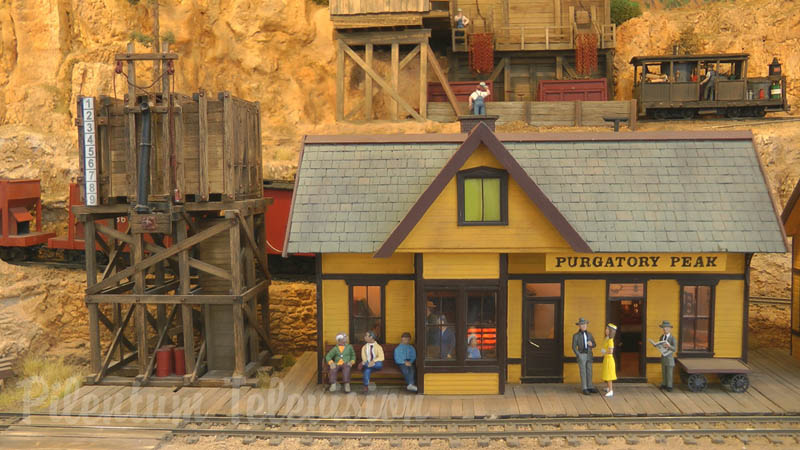 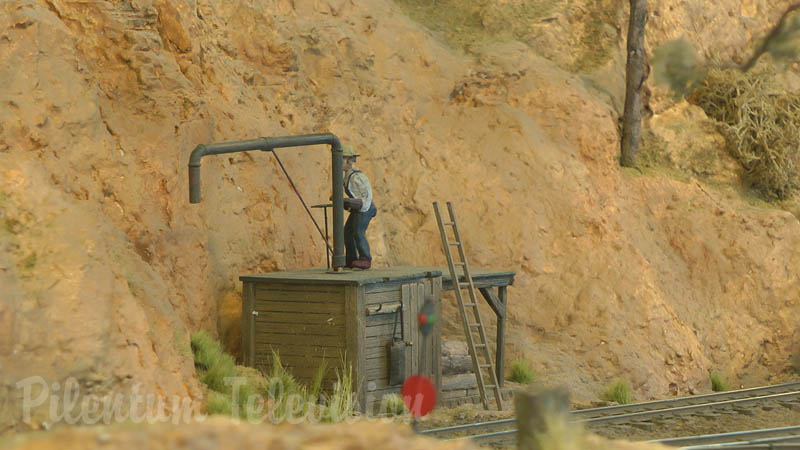 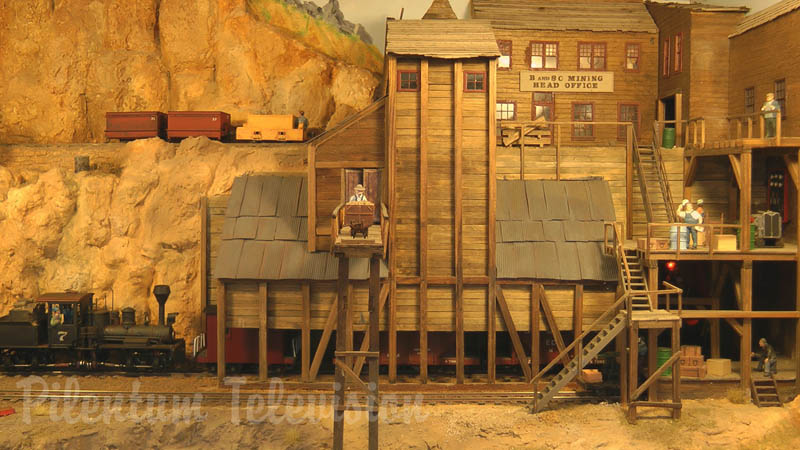 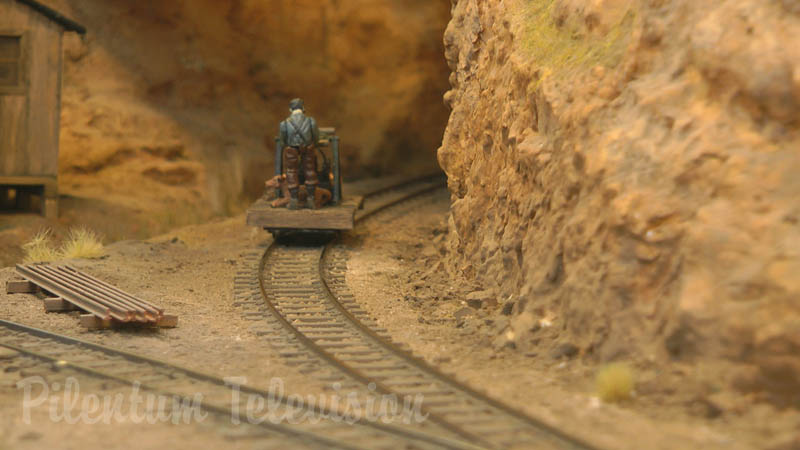 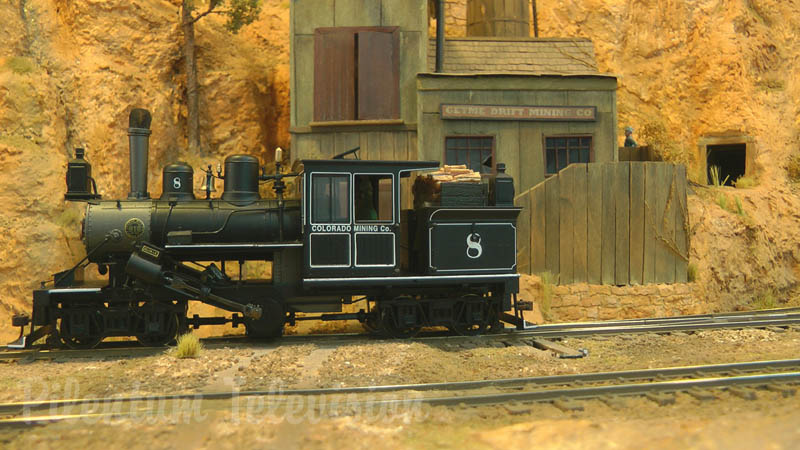 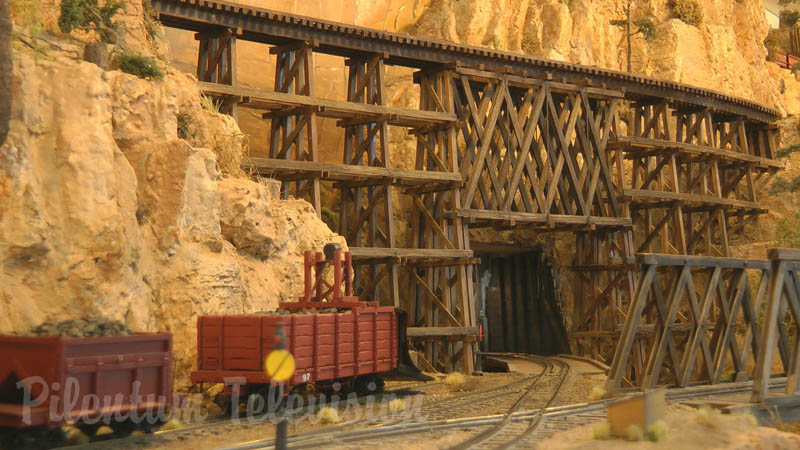 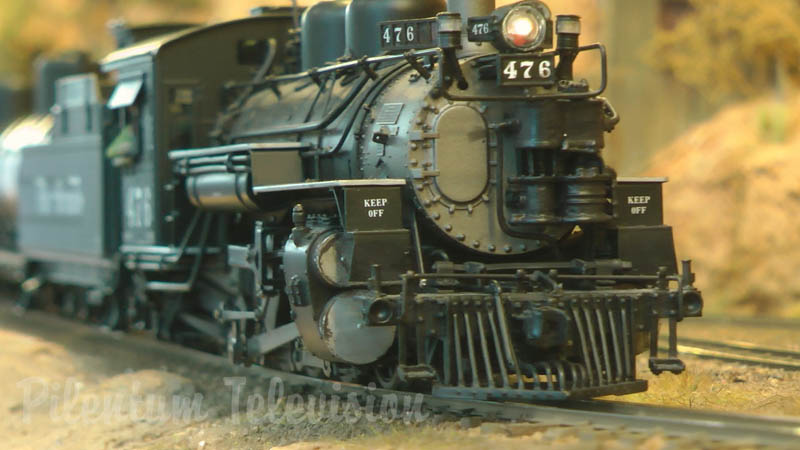 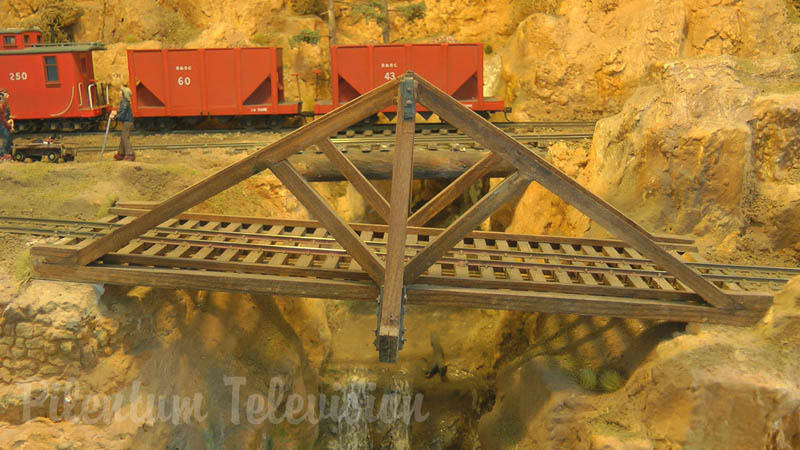 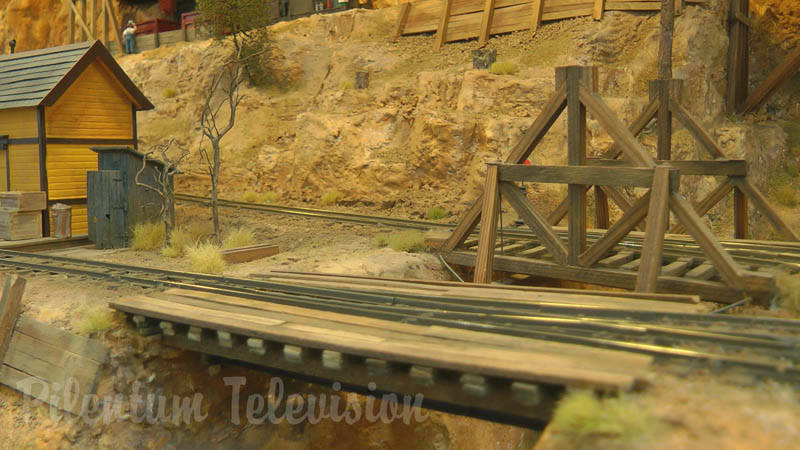