The Club Ferroviaire de Franche-Comté (CFFC) is a model railroading club, which is based in Pontarlier, a commune in eastern France near the Swiss border. The club’s members come not only from the region, but from all over France. Therefore there is no clubhouse; there is also no permanent model railroad layout.

CFFC members are working on model railroad modules, which are assembled for exhibitions all over Europe. In fact, model railroad modules made by the CFFC are superb HO scale layouts, constructed to museum quality. The latest layout is a historically correct scale model of the famous “Culoz-Modane Railway Line”, sometimes called “Ligne de la Maurienne”, between 1950 and 1960.

The “Ligne de la Maurienne” is a 135 kilometers (84 miles) long railroad, running from Culoz to Modane in France and from Modane to Turin in Italy. The Culoz-Modane railroad is operated by the French railroad company “Société nationale des chemins de fer français” (SNCF), and the line from Modane to Turin that connects with it is operated by the Italian railroad company “Ferrovie dello Stato Italiane” (FS).

However, the specificity of this railroad line was the electrification: In 1925 the main line was electrified with 1,500 V direct current (DC), using a third rail. Then, this was the highest voltage ever used on a third rail system in Europe. In 1976 the third rail was replaced by an overhead wire. Basically, a third rail is a method of providing electric power to a locomotive, through a semi-continuous rigid conductor placed alongside or between the rails of a railway track. Third rail systems are always supplied from direct current electricity.

Therefore the locomotives on the HO scale layout, built by the French manufacturer “Jouef”, had to be modified. While the pantograph on the roof is not in operation, a pantograph is used, which was attached to the side of the locomotives (power socket). Furthermore, the rolling stock and buildings are carefully weathered. The layout takes approximately nine meters in length and two meters in width, including a large fiddle yard behind the rear panel. The software “Train Controller” (Gold Version) is used in combination with ESU decoder equipment for the rail control. 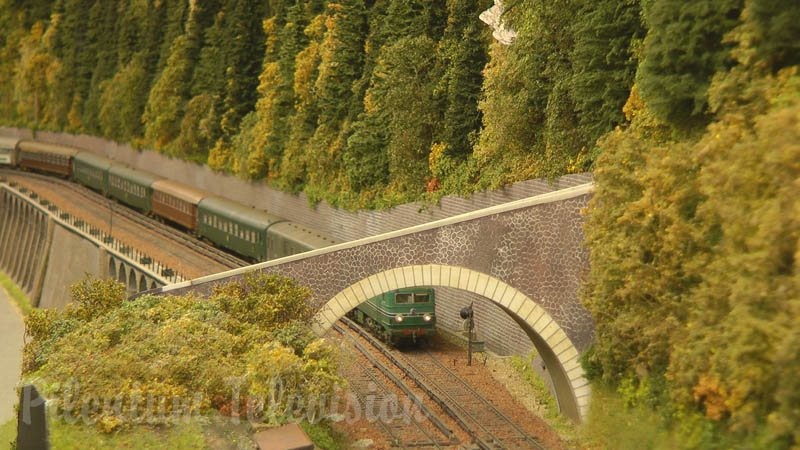 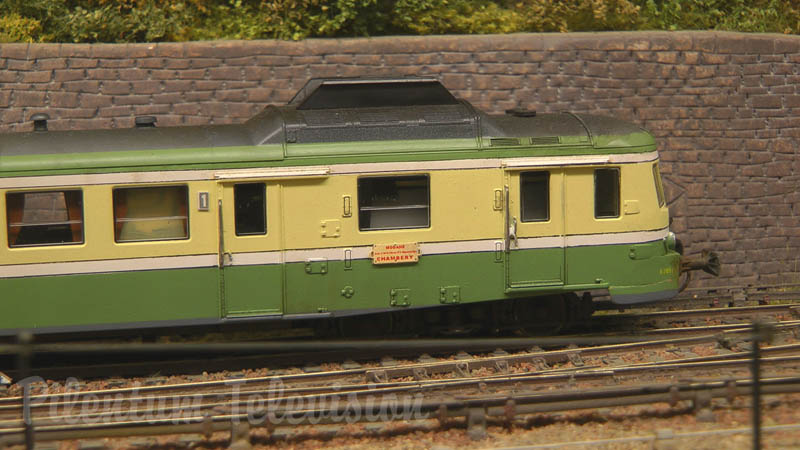 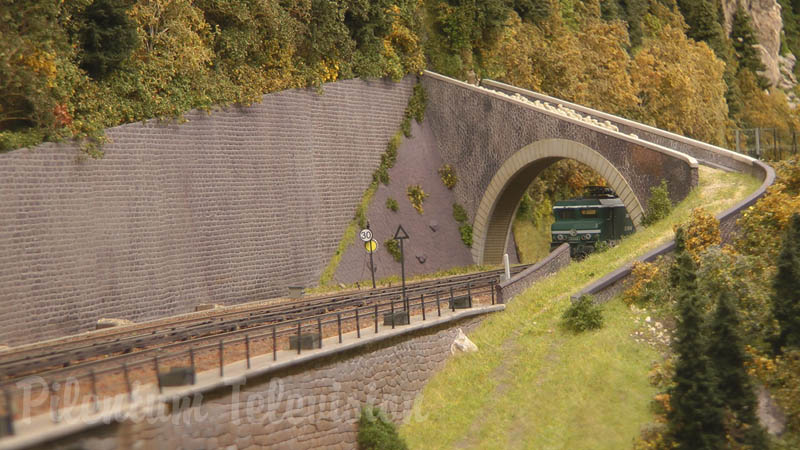 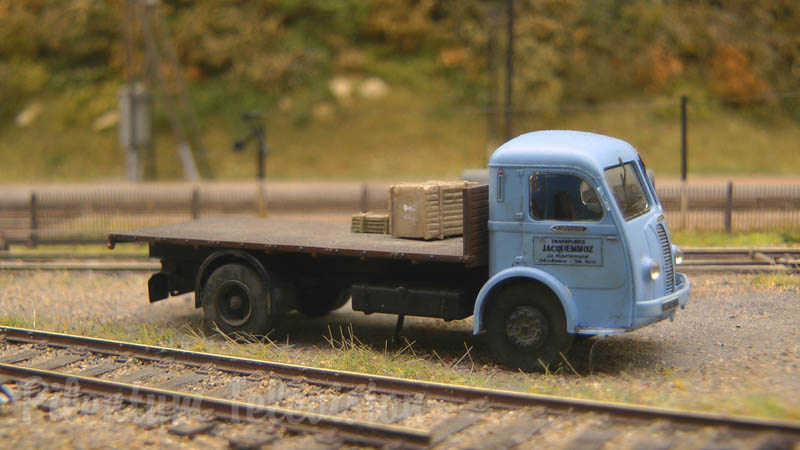 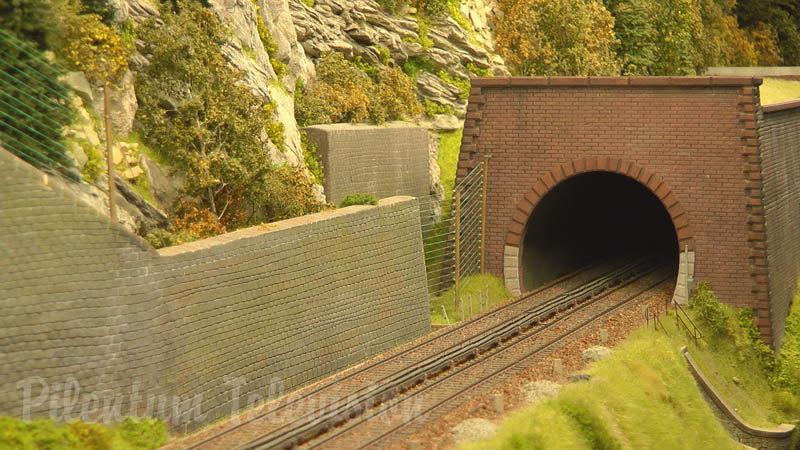 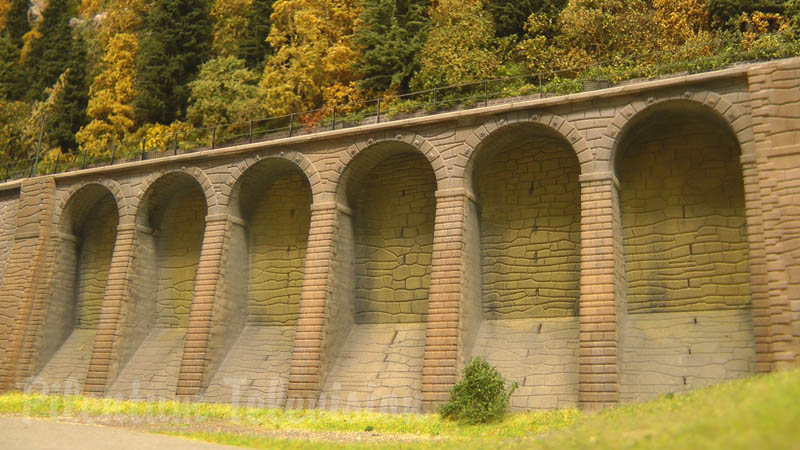 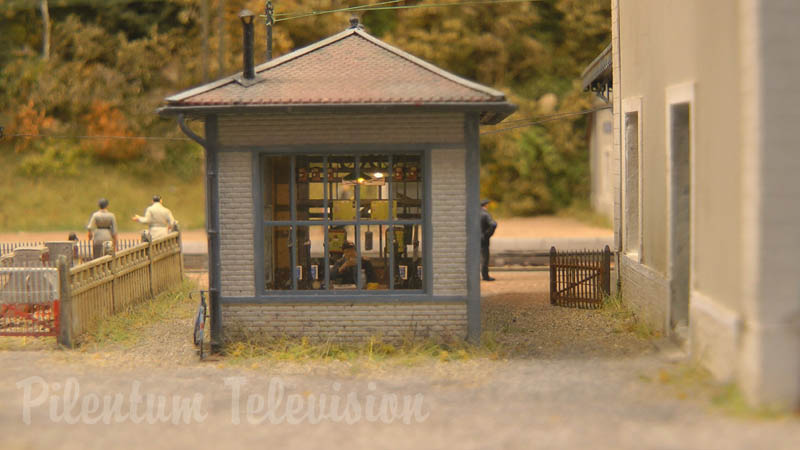 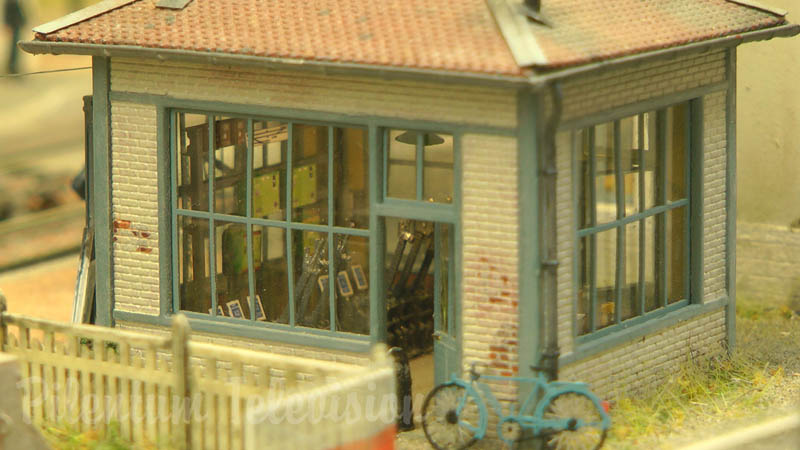 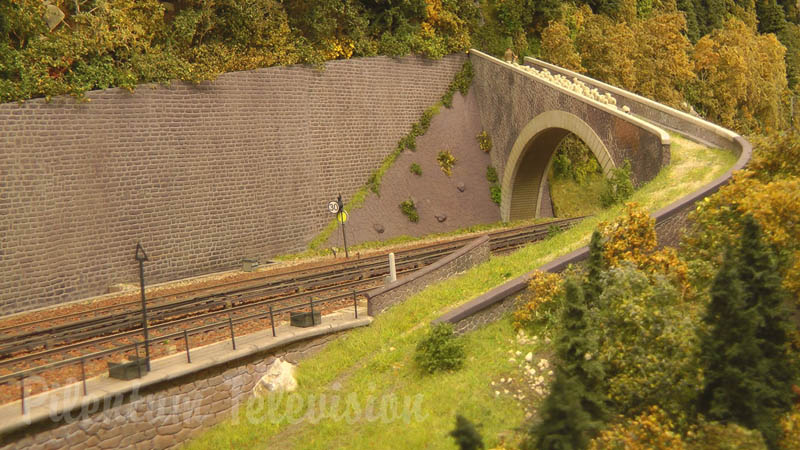 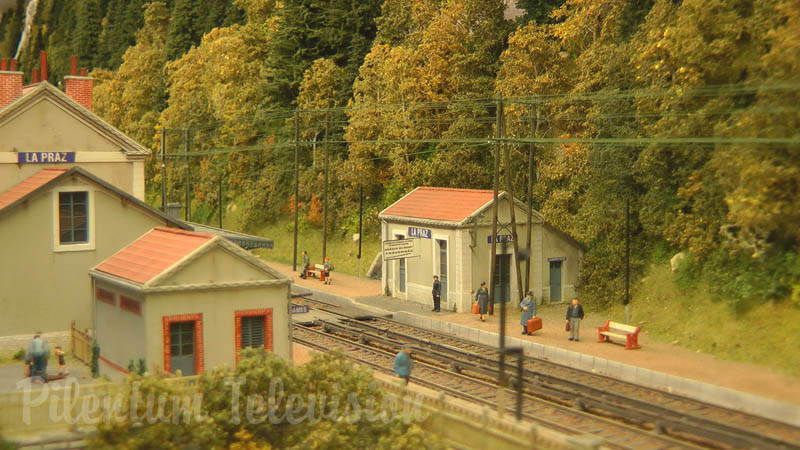 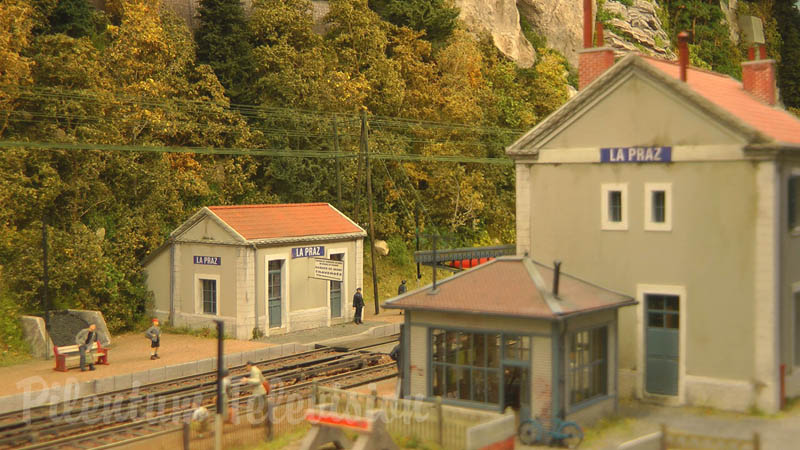 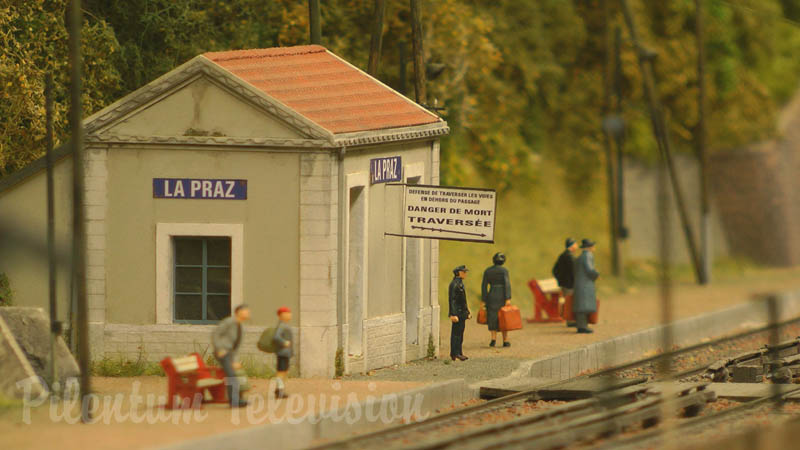 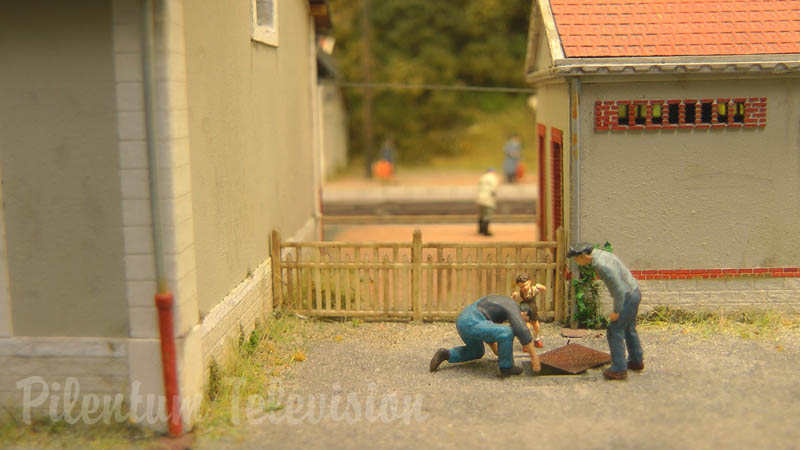 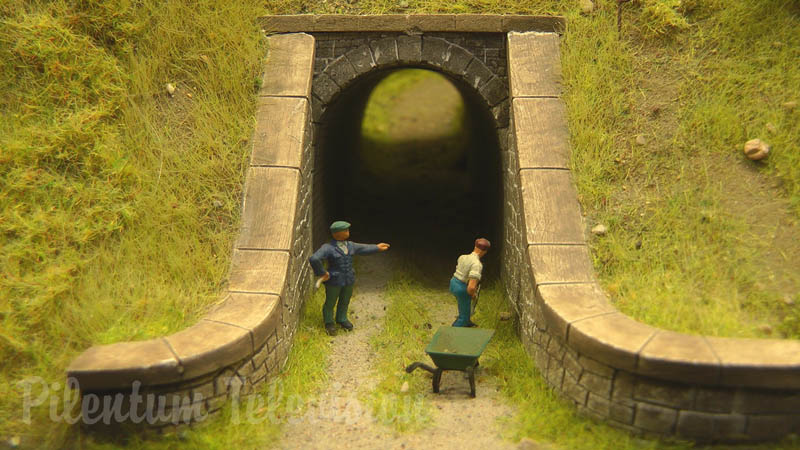 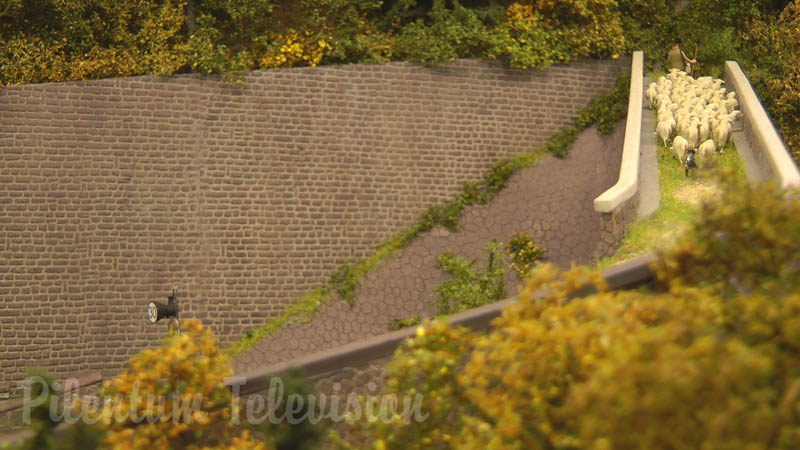 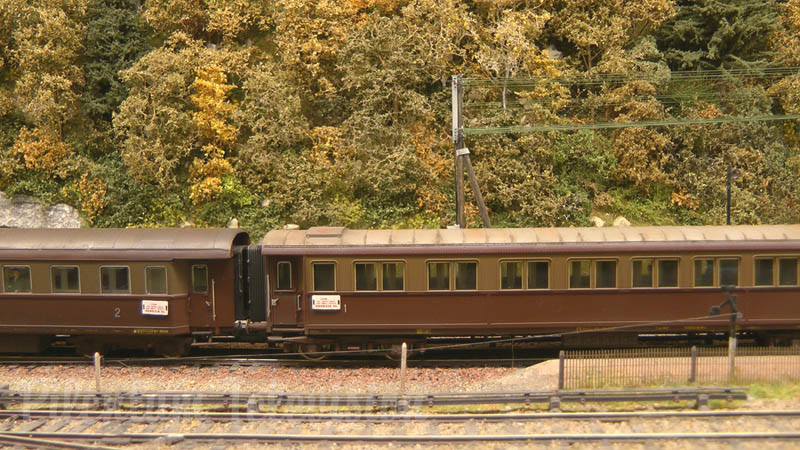 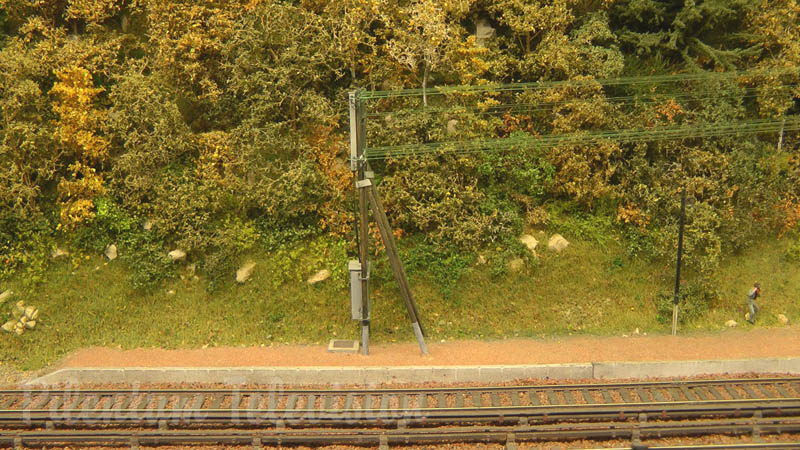 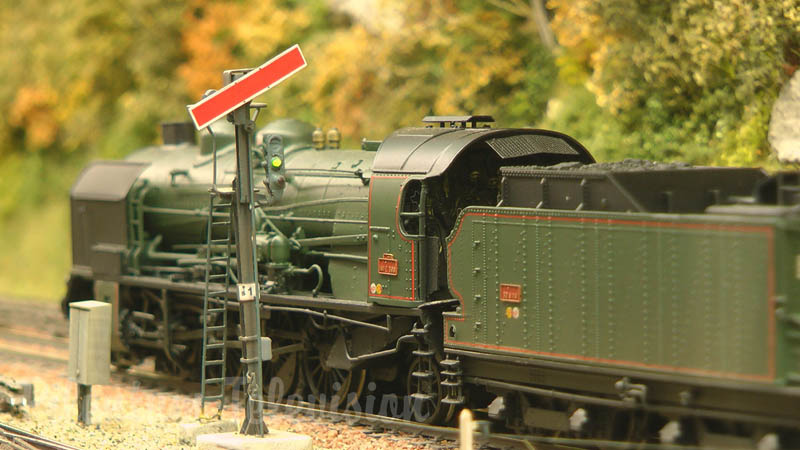