Many of you may have seen the Farkham model railway layout at various exhibitions, however, we take another look to British railway modelling in this video. This miniature world is based on British Rail around 1990 and 1991. In the quiet midlands town of Farkham, life goes on as normal. Its small station is served by occasional passenger services with freight being the main traffic on this secondary line. Beyond the station, the land opens out to reveal a small freight yard. The layout finally combines a main line, through station and small yard.

Dave Roome, Alex Hall and Paul Spencer of Mickleover Model Railway Group built this layout and they decided it was going to be a fictitious location as they felt modelling an actual location would have restricted the choice of rolling stock on the layout too much. Farkham’s track is handbuilt to 16.5 mm gauge, using individual component concrete sleepers, rail fixings and code 75 rail for the main line, along with points made from the same rail and copper coated paxolin sleepers. C&L code 75 flexitrack has been used in the yard along with hand built points made in the same way as on the main line. The three model makers decided to use this method for the track to make the track look closer to the correct gauge, even though it is still OO gauge.

Operation of the layout is extraordinary by the fact the main line goes into single track shortly after the station, but this opens the possibility to hold model trains on the layout. It is a worthwhile manoeuvre for spectators. One of the more unusual aspects of the layout is the number of structures and trees that are located at the front. By placing these items at the front of the layout, the spectator’s view was divided into three sections: As the trains pass through these sections, the viewer will see the trains appear, disappear and then reappear in another section. This helps to make the layout appear longer than it actually is and hides the unrealistically short train lengths. In addition, by creating these sections, the observers’ field of vision is restricted and their attention is then drawn to smaller details set within each section.

As we know, buildings are the key to success of a model railway layout. Therefore a variety of kit and scratch built structures were used. The station building is a Townstreet Models plaster kit, while the terraced houses are Metcalfe Models cardboard kits which have been subtly weathered and detailed with new chimney pots, gutters, copings and rainwater downpipes. Even the large blue warehouse was scratch built. It is a simple plastic shell which was overlaid with Evergreen corrugated styrene sheet to resemble modern warehouse cladding. What makes this warehouse even more striking is the degree of weathering that has been applied to it. After the base colour was painted, multiple layers of darker paint were applied, before rubbing back with cotton buds moistened with paint thinners to create a varied weathered pattern.

All these modelling tricks help to bring the scene to life. By the way, regarding the vehicles, it must be mentioned, that road vehicles are not easy to source as manufacturers have tended to supply mostly either pre-1960s or current day examples. Using Taylor Precision Models, Corgi, EFE and Cararama for the bulk of the small vehicles, along with Knightwing for the lorries and forklifts trucks, Dave Roome, Alex Hall and Paul Spencer have managed to put enough vehicles on the layout without making it appear cluttered.

But the main actors in this miniature world are, of course, the British diesel locomotives. Regarding the rolling stock, we have to know that it is generally based on the period from 1990 to 1991. Therefore, the train formations and liveries cover the sectorisation period when postal, provincial, intercity and railfreight liveries were commonly seen running side by side, along with the occasional corporate blue examples. The bulk of the stock is made up of freight trains, such as steel, coal, cement, speedlink and petroleum trains, all of which contain a mixture of scratch, kit built, modified and weathered wagons. The stock is coupled using Smiths instanter type three link couplings and all the locomotives are fully detailed with buffer beams adorned with pipework and screw couplings. 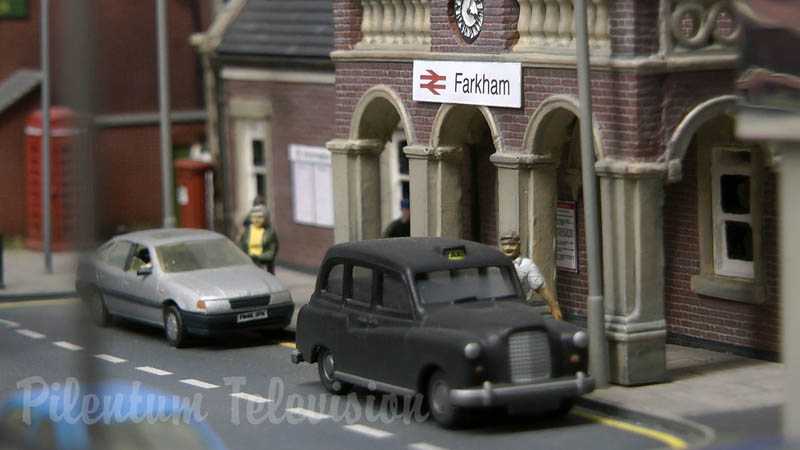 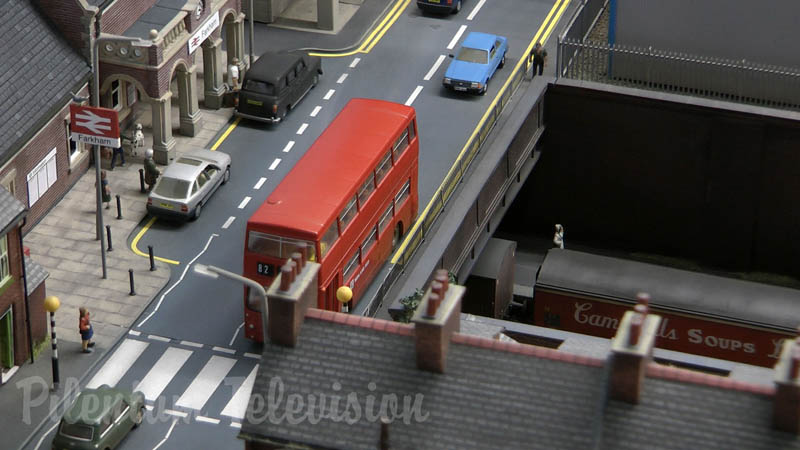 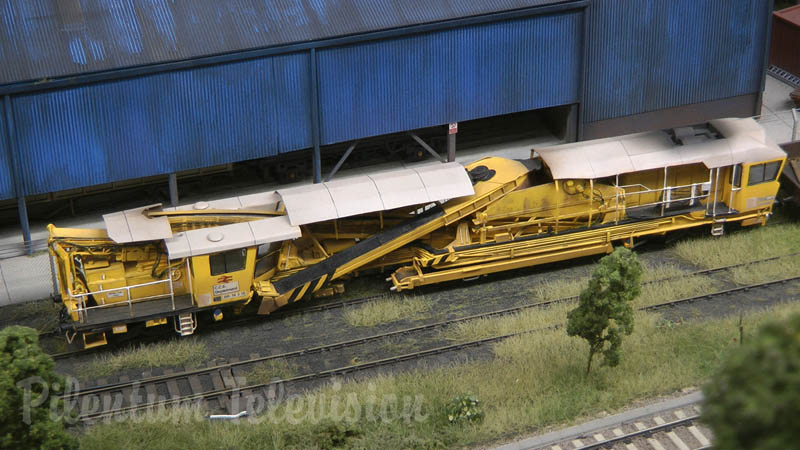 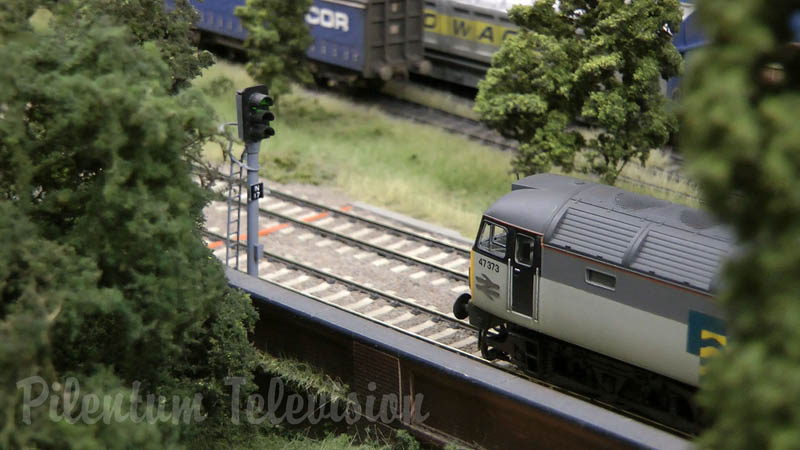 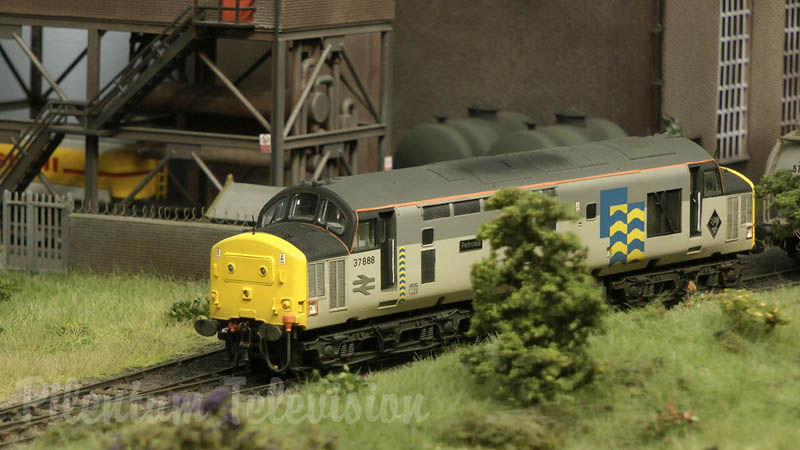 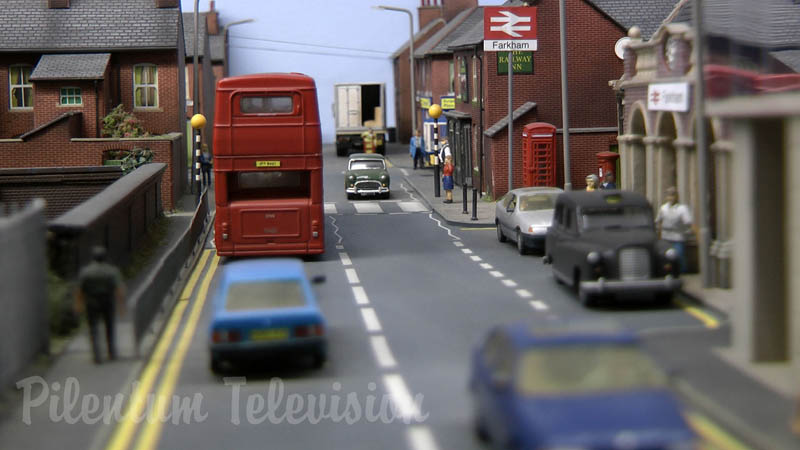 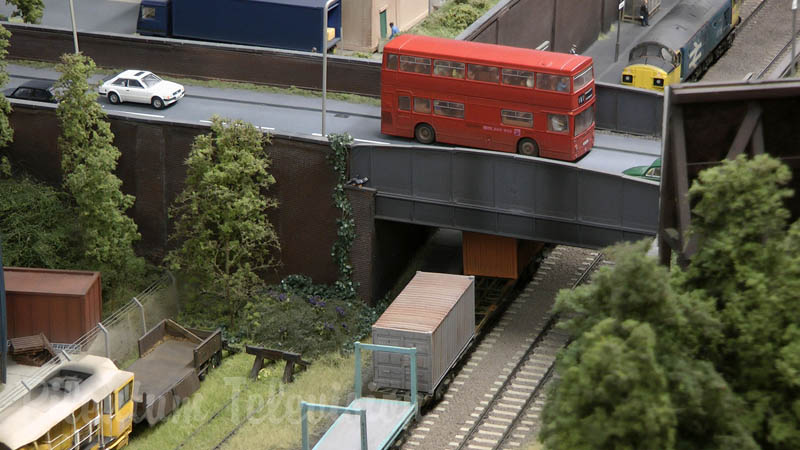 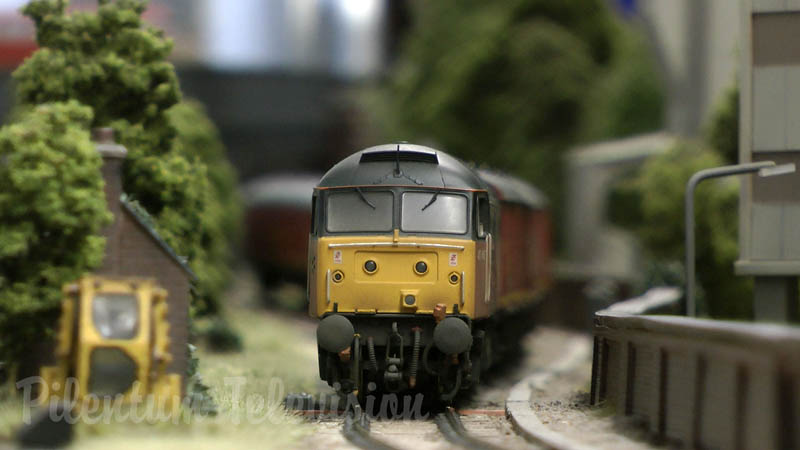 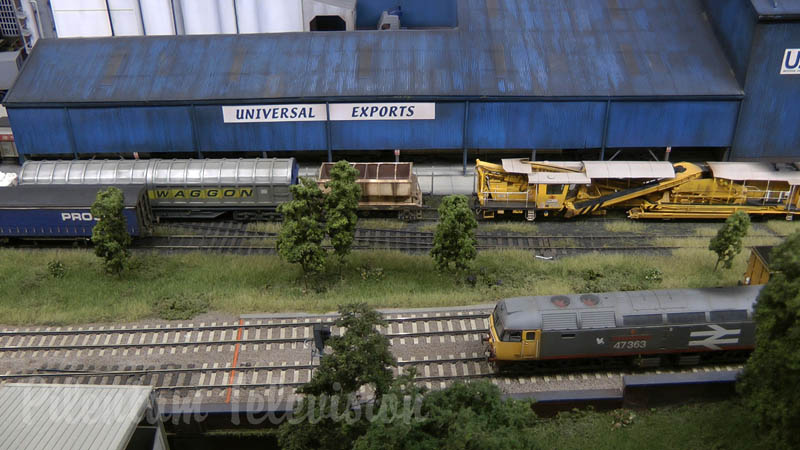 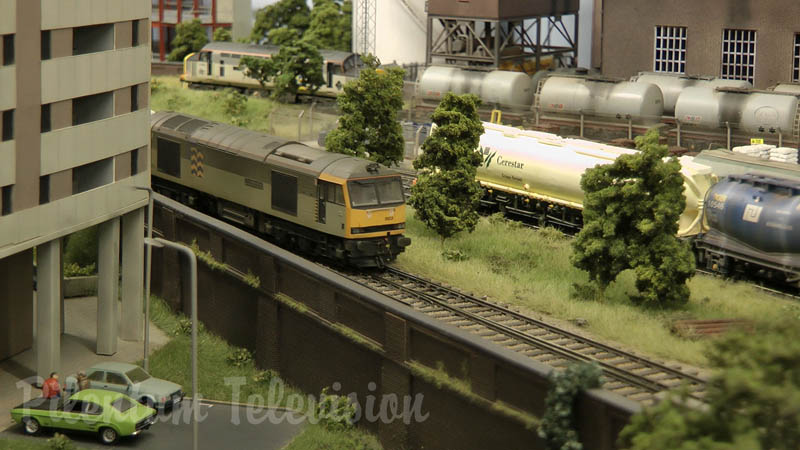