Although Pilentum Television is not a friend of war toys, this diorama is something special because it is in forced perspective with scales from 1/32 at the front to 1/700 at the back giving a flavour of the airbase, its airfield and its aircrafts. The military diorama features moving trains, vehicles and many other animations and effects. However, producing a model of an airfield is a great challenge as they are so large and this huge space needed to be shown and hence it was built in forced perspective. So figures, vehicles, aircraft and structures has been modelled in diminishing scales create the effect of distance within a small space.

At the front is a Rolls Royce armoured car (1/35 scale), a Humber Snipe (1/32 scale) and an Austin K5 lorry (1/35 scale). The first aircraft are an Airspeed Oxford and a Gloster Gladiator (1/48 scale). Towards the rear, for example, the Douglas DC-2 and other models are built in 1/144 scale. The rear of the scene is on a separate board, complete with panoramic backscene. The road vehicles are a similar mix of kits in different media and even include some converted diecast models and whitemetal kits as well as plastic and resin.

Also a narrow gauge model railway is used in the diorama. In the foreground it is a 1/43.5 scale locomotive on 16.5 mm gauge track and at the back it is a 1/76 train on 9 mm gauge track. These tracks are controlled by electronic shuttle units so the model trains travel backwards and forwards periodically. The moving cars utilise the “Faller Road System” chassis but have new bodies. Figures with moving arms and the armoured car turret turning are all animated using servos activated by timing circuits and relays. Finally, special attention was paid to the painting and weathering of all of the models.

The Royal Air Force Station Habbaniya was renowned for its large size and extensive facilities, including swimming pool, cinema and polo field. Habbaniya continued in use by the RAF until May 1959. It was then taken over and used by the Iraqi Air Force. The base was also called “RAF Garden of Eden” as every third day sluices were opened and the whole of the base irrigated from the Euphrates, and so modelling the vegetation was an essential. The trees and bushes not only are changing with the scale, but there is a rich variety, for example, date palms, eucalyptus trees, oleanders and many flowers. 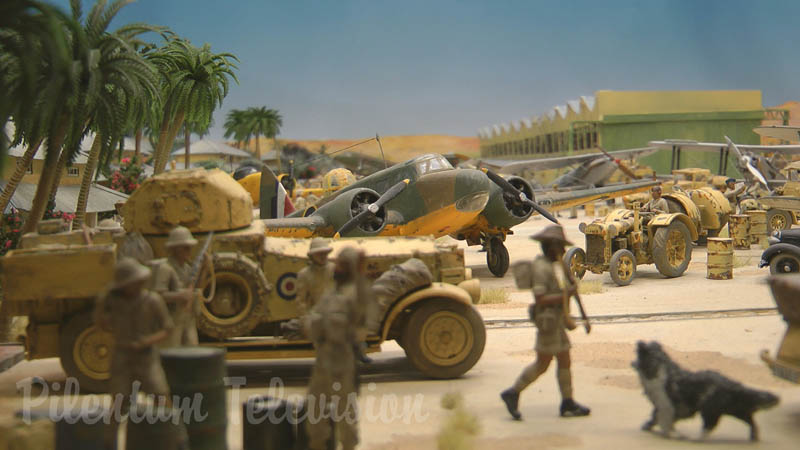 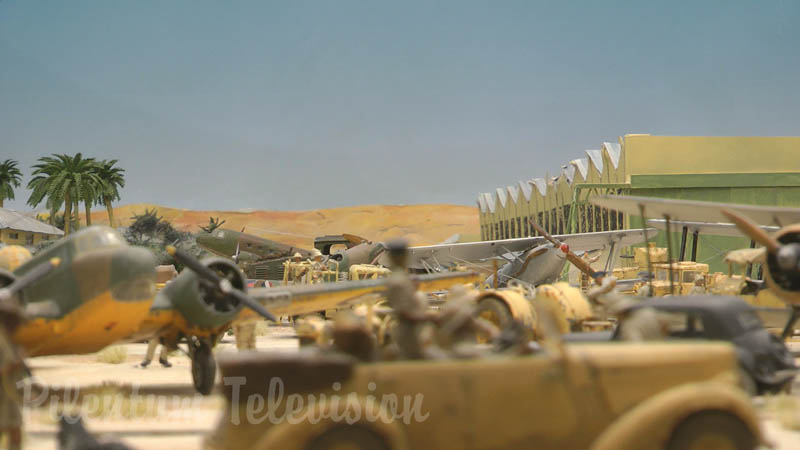 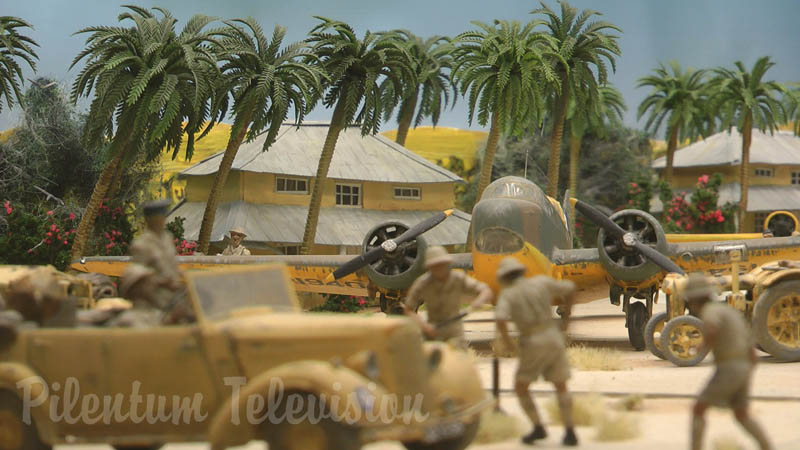 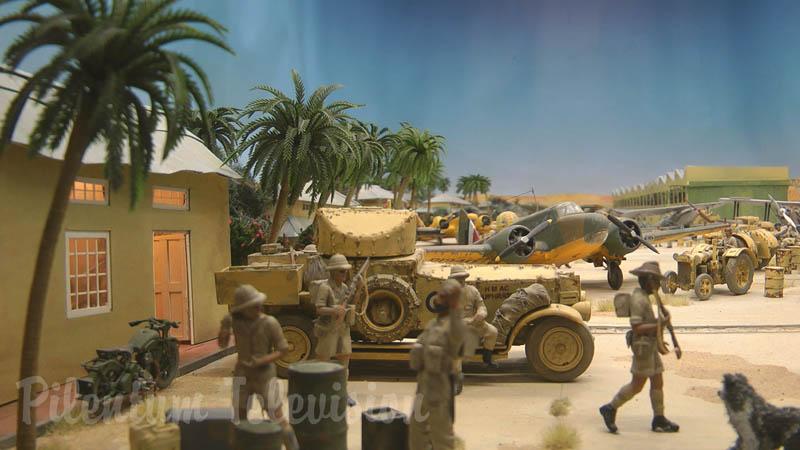 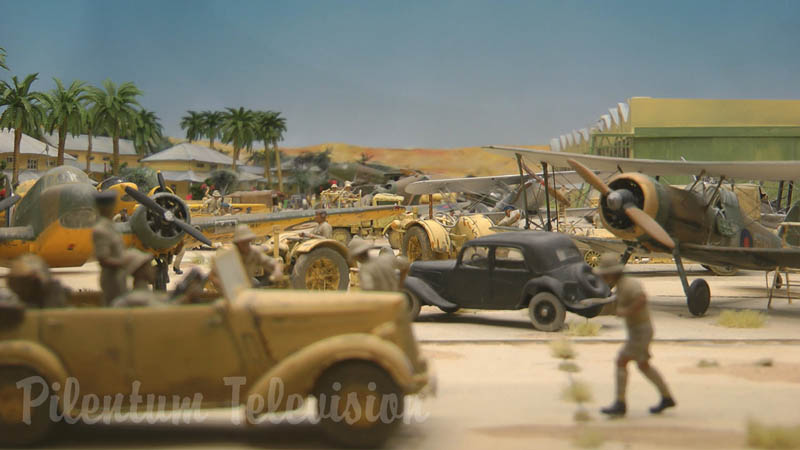