This HO scale industry switching layout depicts an example of rail transport modeling in front of the “Arizona Cold Storage Warehouse”. The model train layout was constructed by Fredy Coenen from the Netherlands. He calls his layout simply “The Fridge”. It is a US themed diorama (show layout) about three meters wide that uses cassettes as fiddle yard on both ends.

While the scale model of the Alco RSD-15 locomotive was built by Broadway Limited Imports, the so-called industry leader in premium sound-equipped HO scale model trains, the remaining rolling stock comes from the manufacturer Athearn. Some freight cars manufactured by Atlas Model Railroad Company are also in use. The carefully aged and weathered locomotives are equipped with sound decoders, for example with the SoundTraxx Tsunami digital sound decoder. Therefore, Pilentum didn't have to do any audio dubbing.

The model railroad layout represents a fictional marshalling yard located in the old industrial area of Phoenix, Arizona (USA). The diorama reflects the year 1979. On the layout, a mixture of “city edge layout” and “industrial area layout”, there are trains by Southern Pacific and Santa Fe RR delivering and picking-up freight from the warehouses that were used by companies operating in the food industry. One of the largest companies in this miniature world is the “Arizona Cold Storage”, a warehouse for refrigerated goods. All buildings on the HO scale layout are scratch built, so each one is unique. 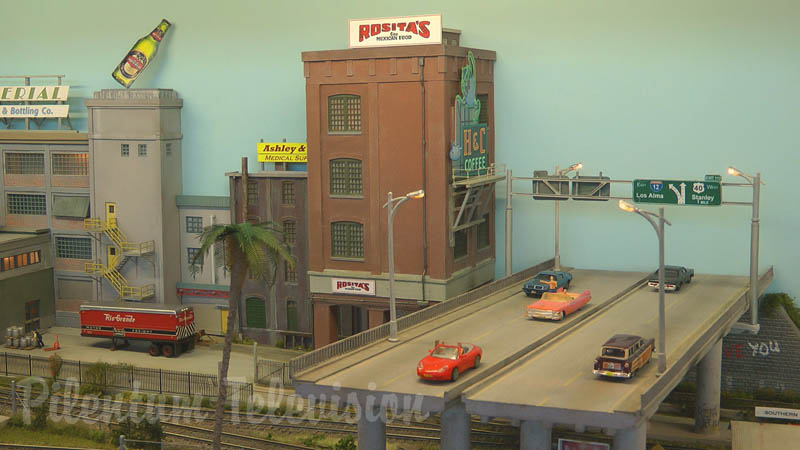 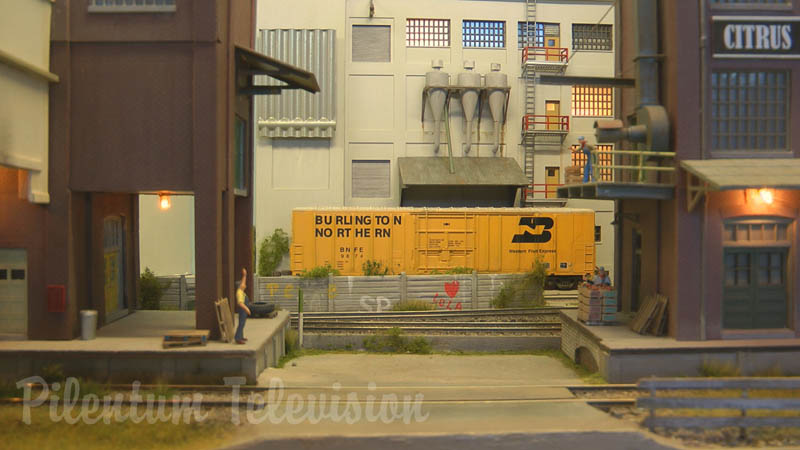 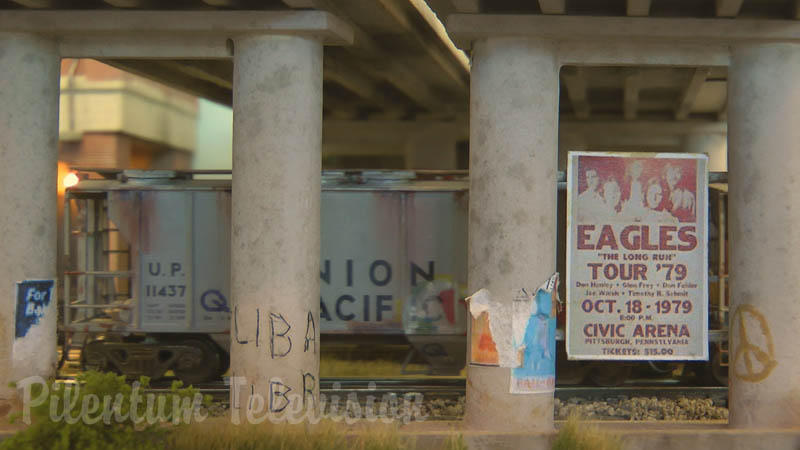 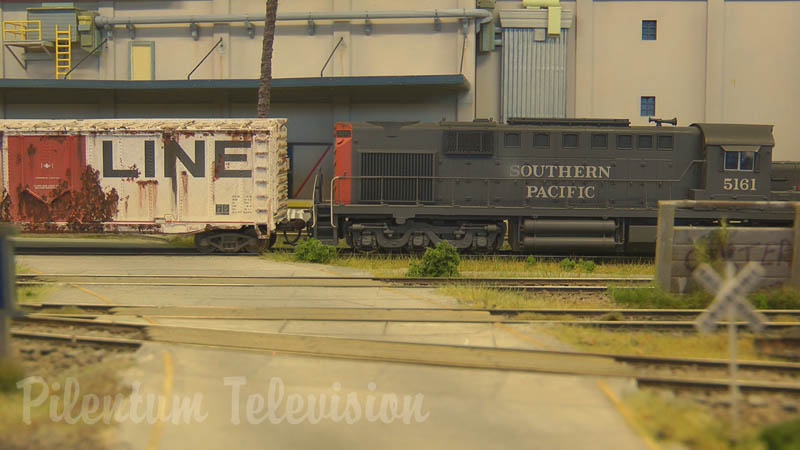 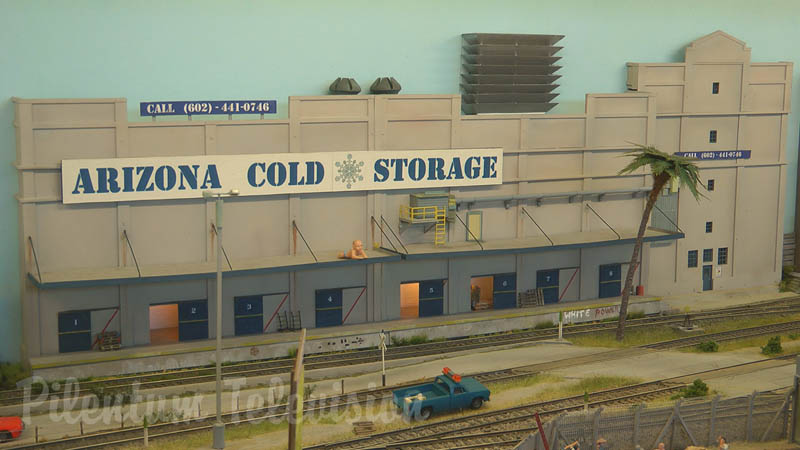 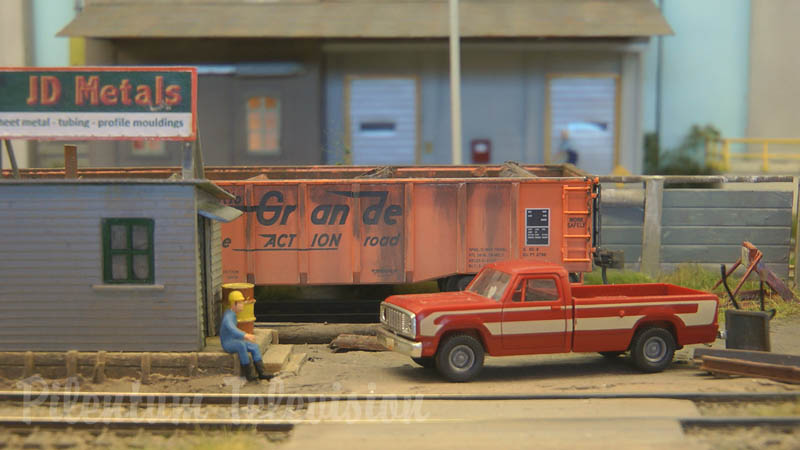 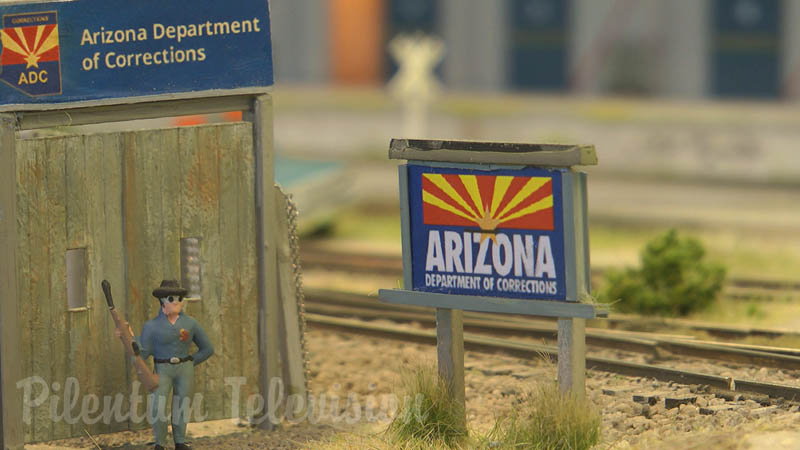 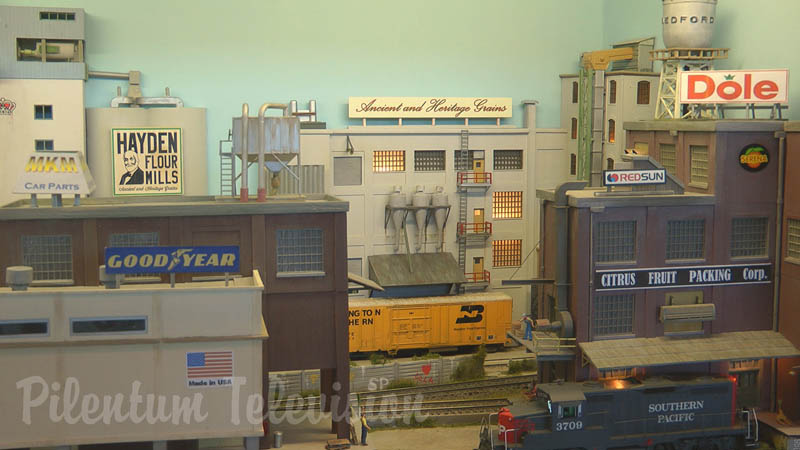 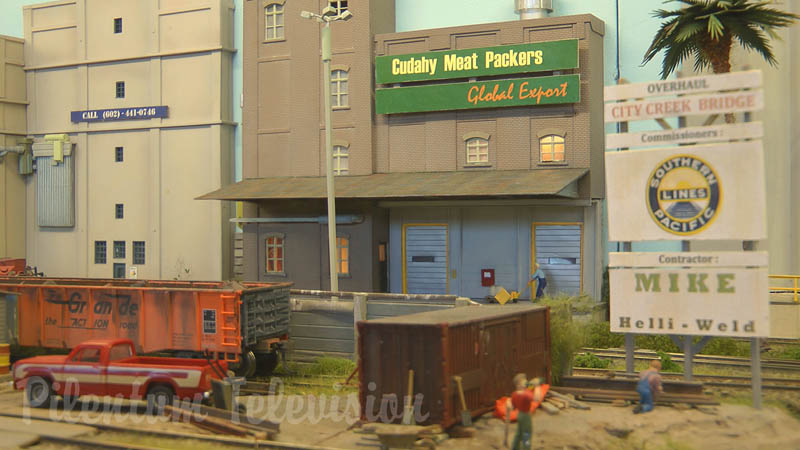 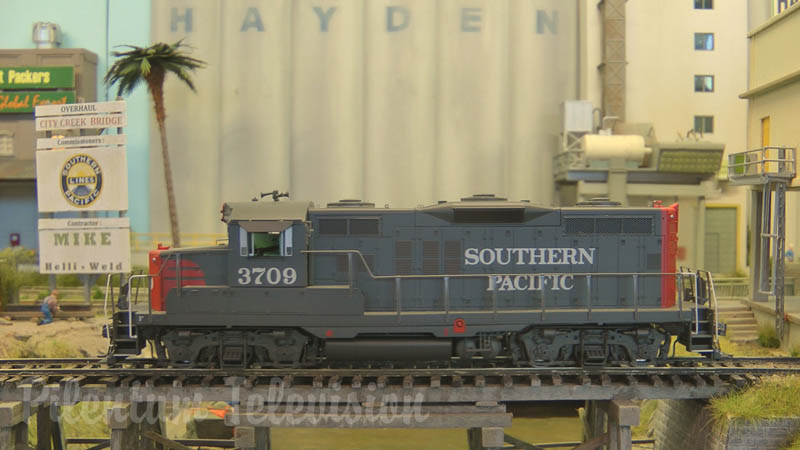