In addition to the extremely realistic model trains of modern times, there are also old tinplate toy trains. Therefore, we also take a look at this type of rail transport modeling. In this short video, we see the model railroad layout that was assembled by Scott Long who lives in Beaverton Oregon, a suburb of Portland. Scott Long has been collecting trains since 1971. He prefers standard gauge but has some o gauge. His model train layout is built on a table situated in a small guest bedroom. The trains are reproductions of Lionel Prewar standard gauge trains made by MTH Electric Trains.

Scott enjoys the toy like feel of the trains and the freedom not to worry about scale or ever increasing detail and cost found in scale offerings. Scott has been off and told him marches to the beat of a different drummer that is evident on the layout when you see figures from science fiction, history and pop culture. Even if these are not original trains, but replicas, this is also a type of rail modeling that shows us, above all, how the model railroad hobby began over 100 years ago. Finally, the models trains seem to come from a distant world. They are not at all comparable with the high-quality miniature trains of today. But it is interesting to have a look into this bizarre miniature world. 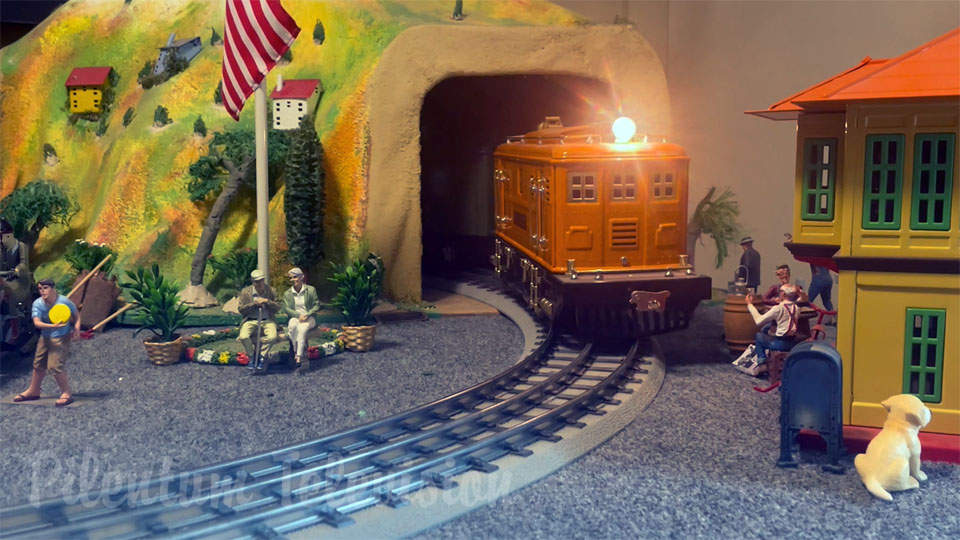 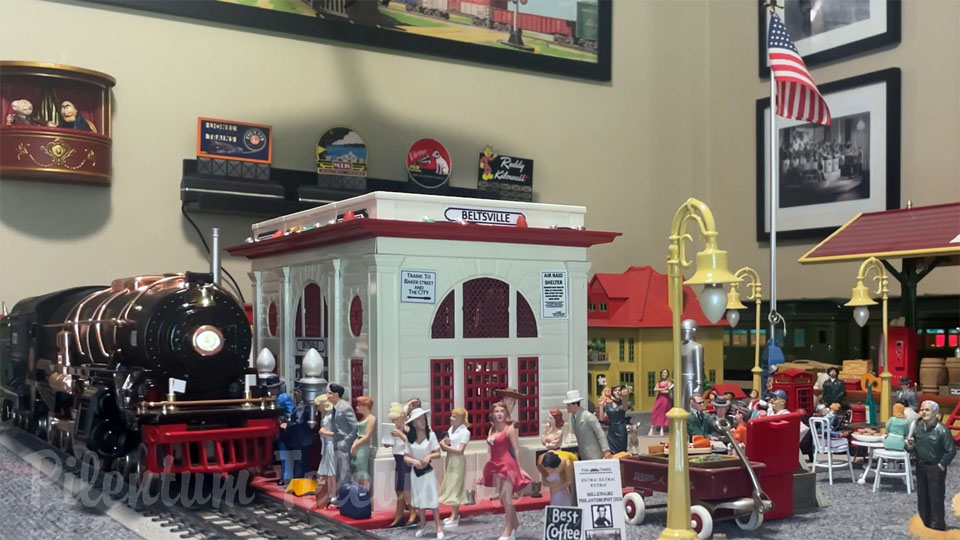 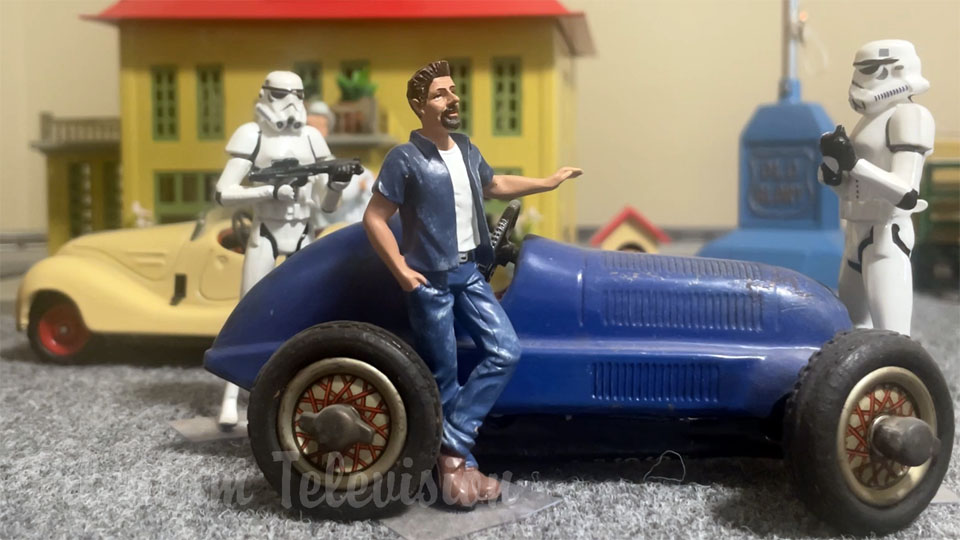 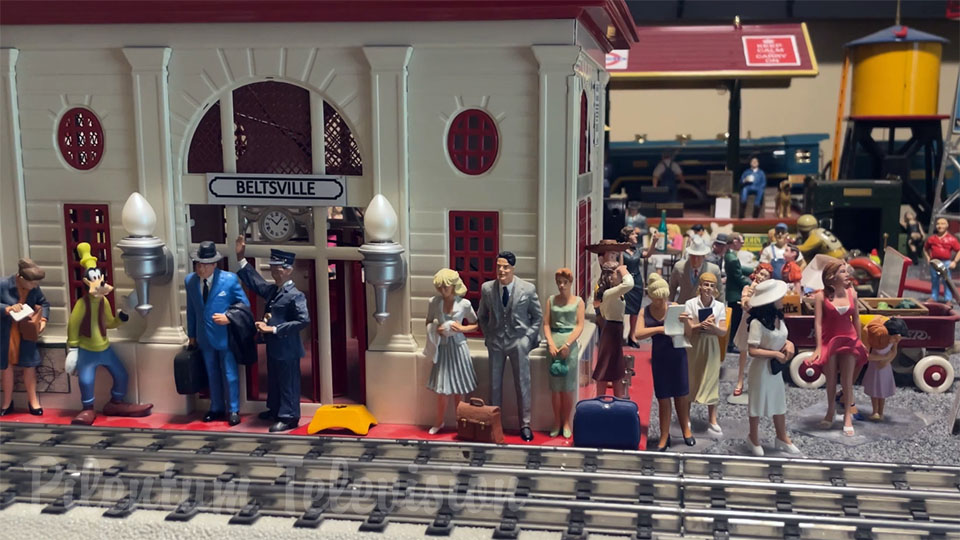 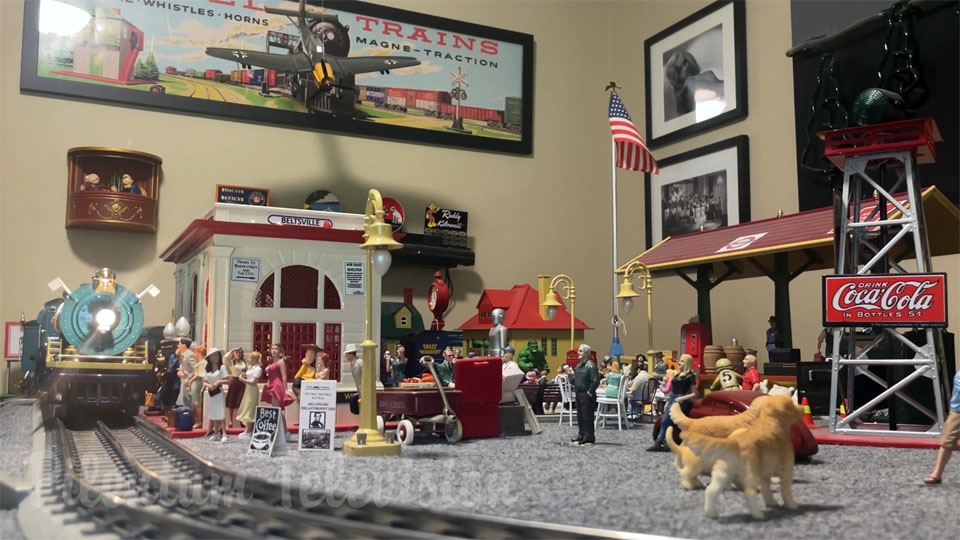