In this video, Pilentum Television would like to introduce the “DJI OSMO Pocket Camera”, a camera for making breath-taking video recordings in the field of model railroading or railway modelling. We are going to discover some possibilities, how this camera can be used to film model trains. As you can see, the “Osmo Pocket” has a three-axis stabilized gimbal that ensures your video footage is smooth and appears professional even when you are operating without the help of a tripod. Furthermore, this tiny handheld camera uses a 1/2.3 inch sensor and shoots video in 4K with 60 frames per seconds. The camera seems to have been built for rail transport modeling.

We will have a look at the closest focusing distance of the camera lens. It is also known as the minimum focus distance. In the whole video, the camera is placed on a freight car and it is pulled by a locomotive. The “Osmo Pocket” lets us create awesome shots: On the one hand, the camera head is only one centimeter above the tracks. Pilentum Television has never been able to shoot such video recordings before. On the other hand, the whole video footage is perfectly stabilized. The camera works in HO scale and even in N scale.

In the scene with the steam locomotive, the camera is installed only a few millimeters above the railroad tracks. It is a real worm’s eye view. Most people shoot model railroad layouts from a bird’s eye view. But this is unnatural in relation to the scale. Now, we can capture trains from the worm’s eye view. Please note: In this video, we are inside a miniature world in HO scale. Of course, we can realize beautiful cab ride videos. Although no additional light was available during the shooting there is a brilliant video quality even in low-light situations.

If you pay attention to the various camera positions, you can understand that you could never have installed a big television camera or a photo camera, such as a “Panasonic Lumix GH5”, at these positions on a model railroad layout or model railway layout. The small size of the “Osmo Pocket” is a big advantage! However, the most important feature of this camera is that the video image is absolutely stabilized; especially when driving over the railroad switches the camera does not wobble at all.

Pilentum Television has to admit that the “Osmo Pocket Camera” offers many other possibilities. Pilentum bought the camera only three weeks ago. Therefore, Pilentum has still have to play and to learn how to use this great handheld camera. By the way, the manual of the “Osmo Pocket” is badly written. You just have to do tests and you just have to play with that camera to understand its great functions. 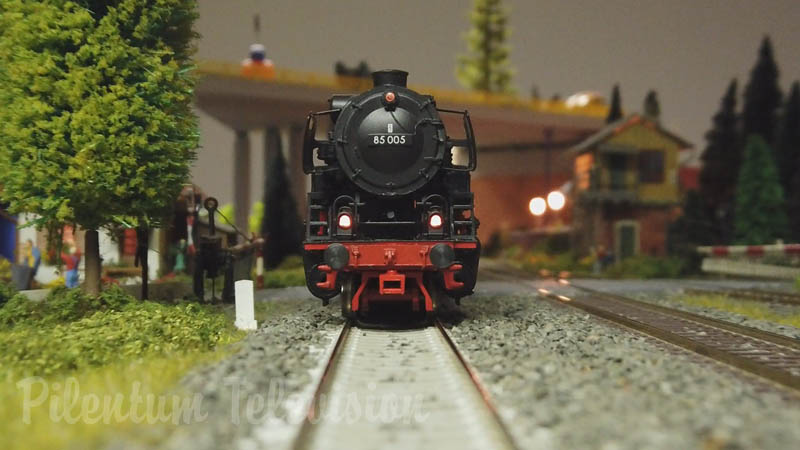 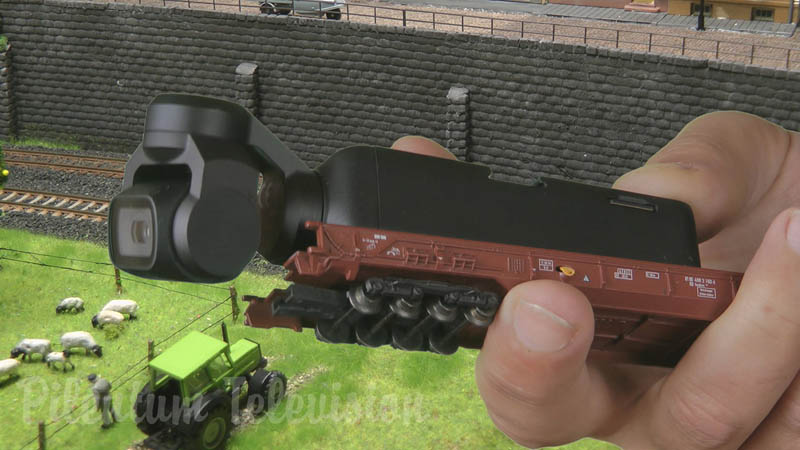 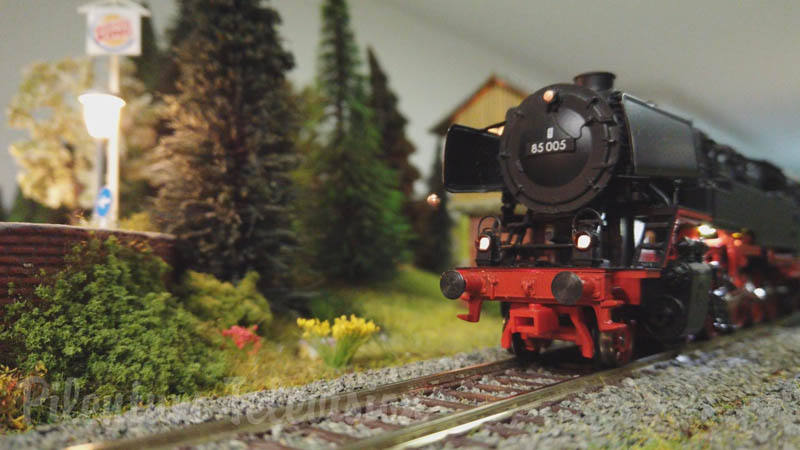 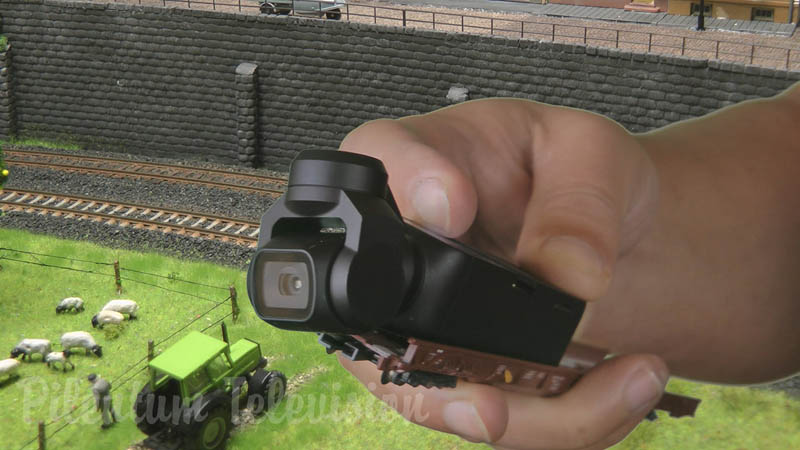 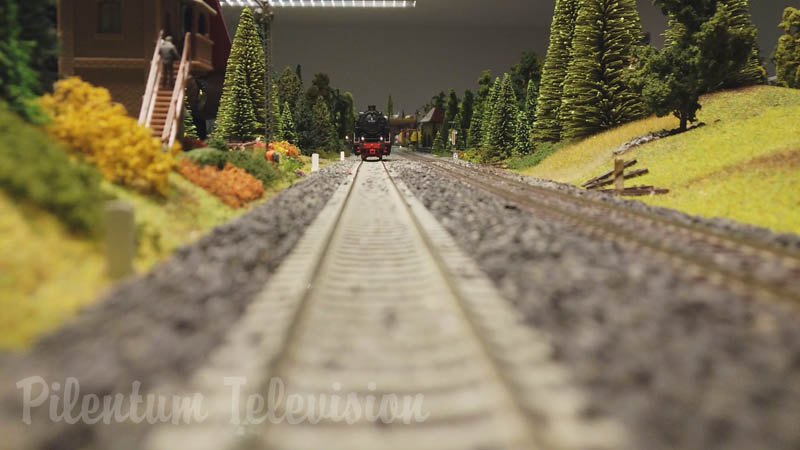